Irish and UK farmers ‘have common cause’ on standards and competition 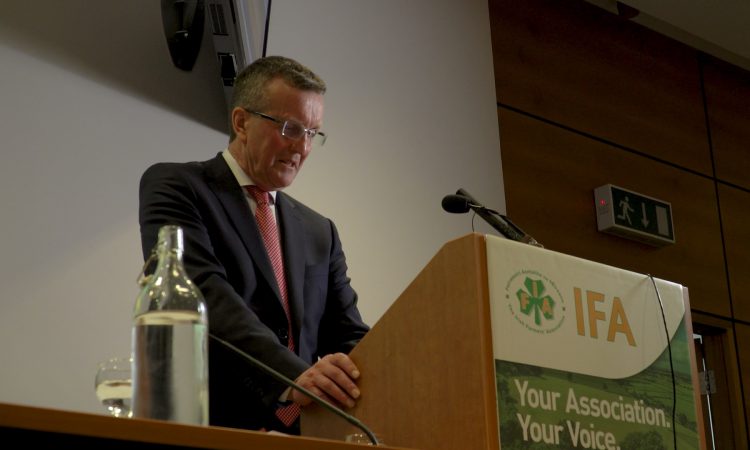 It’s clear that Irish and UK farmers have a common cause on high UK food standards and fair competition, according to Irish Farmers’ Association (IFA) president Tim Cullinan.

The president was speaking ahead of the National Farmers’ Union (NFU) Conference which he is attending in Birmingham, England, today, Tuesday, February 25.

“Irish and UK farmers often compete for shelf space in the UK – but we have always done so on a level playing field with common standards and a common rule book,” he said.

Now, there is a real risk that UK politicians want to reduce food standards for imports so they can use access to their market as a bargaining chip in trade deals with non-EU countries.

“While we respect the UK’s right to make its own decisions, the EU has to be clear.

“If the UK wants continued access to the EU market, there must be fair play. It must maintain common standards and the common external tariff.”

Cullinan highlighted that UK and European consumers have always insisted on the highest standards for their food, adding that they expect this to continue.

“Farmers in Ireland and the UK cannot be undercut by substandard food imports which fail to meet consumer expectations,” he said.

Our colleagues in the UK are working hard lobbying their government to maintain high standards so that their own farmers have a level playing field in their own market. So, we have a common cause on this issue – fair competition.

Cullinan said the IFA and NFU would continue to work together on this crucial issue.

“Both of us are committed to working together to maintain the highest food and traceability standards. Farming and food are too important to be sacrificed in these talks,” the president concluded.