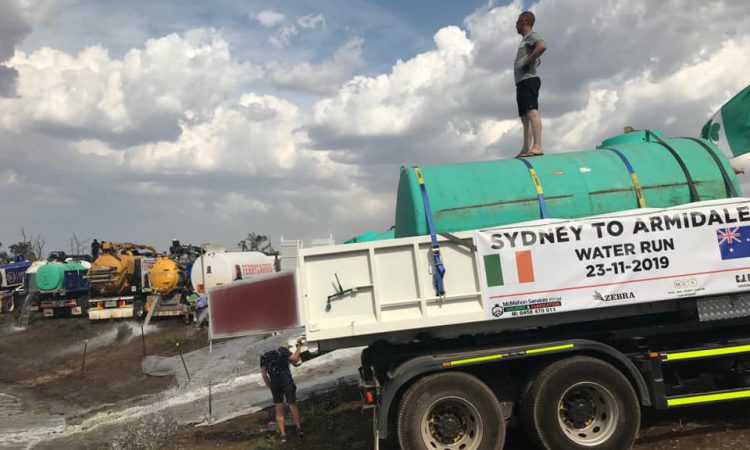 Hundreds of Irish people based in Sydney came together to transport thousands of litres of water from the Australian coast city to the drought-stricken region of Armidale in New South Wales.

Last Saturday morning, November 23, at 4:00am, more than 90 lorries made the trip to the parched district to supply water to local firefighters and farmers, which have been crippled with drought conditions in recent months.

The idea for the convoy was the brainchild of Irish man Peter McMahon, who now resides in Sydney.

Speaking to local publication The Northern Daily Leader, McMahon explained that numerous pallets of bottled water were part of the convoy, adding that the  amount of bottles delivered could return $50,000 to the community if they were recycled.

In addition, the convoy “went into town and spent a bit of money in the pubs” once the job was done, it was reported.

McMahon told the Daily Leader that most of the drivers came from “country backgrounds” in Ireland and felt for the New South Wales farmers’ plight.

It was also noted that a large amount of water was pumped into a storage dam at the Armidale airport to boost resources for local firefighting teams.

Organisers of the water run detailed the experience on the event’s Facebook page, appropriately named ‘@helpingthefarmers’, which can be found here.