Home » Agri-Business » Shoppers made an ‘extra effort’ this Easter with additional €5.5m spent on roast beef

Shoppers made an ‘extra effort’ this Easter with additional €5.5m spent on roast beef 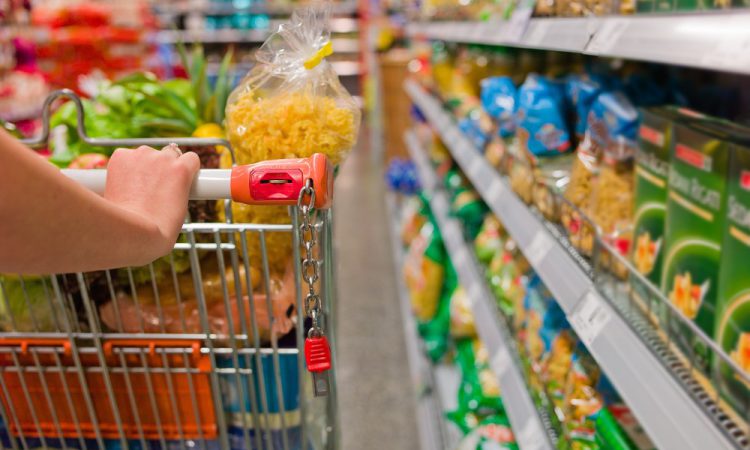 Ireland celebrated a second Easter in lockdown this year and shoppers made “an extra effort” to mark the occasion with traditional feasts, spending an additional €5.5 million on roast beef. While the Northern Irish grocery market grew by 10.3% in the 52 weeks to April 18.

The latest data from Kantar for the period ending April 18, shows that overall grocery market growth slowed to 1.9% during the latest 12 weeks.

In the most recent four weeks, sales declined by 3.3% compared with the same period last year – a time when Irish shoppers were preparing for the first national lockdown, and bigger shopping trips generated record-breaking sales for the supermarkets.

Early signs of optimism as shoppers return to stores

Emer Healy, Kantar retail analyst said that growth may have dipped year-on-year in April, “but we’re still some way from normal and take-home grocery spending remains an incredible 19.4% higher than pre-pandemic levels”.

“With restrictions still firmly in place and most of us eating all our meals at home, the average household grocery bill was €245.10 higher in [the] past 12 weeks than in 2019,” Healy said.

As the vaccine rollout continues, Irish shoppers are beginning to venture out more and they visited the supermarket an additional 3,992,538 times in the past four weeks compared with this time last year.

“This is the most shopping trips in a month since March 2020. The mostly vaccinated over 65s are leading the return and increased their visits to bricks and mortar stores by 13.7% compared with this time last year – ahead of the national rate of 8.9%.”

As people return to physical stores, the boom in online grocery shopping has started to soften.

People ‘itching to get out and about’

“Online grocery sales grew by 29.3% in the past four weeks. While still high, that’s the slowest rate in a year as people added slightly fewer items to their digital orders and felt more comfortable popping to the shops to top up their cupboards,” Healy added.

“It’s clear that people are itching to get out and about and visit stores again, but that doesn’t mean completely waving goodbye to their new online shopping routines anytime soon.

Online grocery accounted for 5.6% of sales in the past 12 weeks – a significant jump from the pre-pandemic level of 2.5% – and 16.5% of Irish households placed an order during this period.

“With all retailers now offering some form of digital service, either directly or through partnerships with delivery platforms, many shoppers have been converted to the ease of online grocery long-term and will continue to balance it with smaller in-store shops in the future.”

‘Extra effort’ made this Easter

As Ireland celebrated a second Easter in lockdown, an “extra effort” was made this year.

“Sales of chocolate eggs shot up by 17.4% compared with 2020 and some people clearly felt their loved ones deserved a special treat as sales of premium eggs rose by 21.7%,” Healy continued.

Although they weren’t able to meet up with friends and family, consumers still made an effort to mark occasions during lockdown, laying on traditional feasts and spending an extra €5.5 million on roast beef and €6.5 million on vegetables.”

SuperValu and Lidl benefited from consumers wanting to treat themselves this month, experiencing significant growth in shops where more than a third of the basket was made up of treats such as alcohol and confectionery.

SuperValu continued to hold the largest share of the grocery market at 22.5%, its highest level since June. Meanwhile, Tesco’s sales increased by 2%, as the grocer attracted new customers through its doors to boost sales by €1.1 million.

The Northern Ireland grocery market grew by 10.3% in the 52 weeks to Easter, until April 18.

Over the short-term, growth slowed to 0.3% in the latest 12 weeks compared with the same period last year, when Northern Irish shoppers were picking up extra items in store to prepare for the first national lockdown.

“Throughout a year of restrictions and people staying at home more, shoppers have made 20 fewer trips to the supermarket on average. This means they had to pick up more when they did visit stores, and volume per trip has soared by 14.3%,” Healy explained.

Tesco maintained its position as Northern Ireland’s biggest grocer with 35.5% of the market this period. Growth of 10.7% added an extra £126 million to its overall sales.

“The second largest retailer, Sainsbury’s, grew by 10%, with bigger baskets and more frequent trips adding an extra £50 million to its takings. Meanwhile, Asda’s sales rose by 8.4% this period.”

Lidl was the fastest growing retailer, increasing overall sales by 17.9%.