Home » Dairy » Is A2 milk a mainstream dairy option for the future?

Is A2 milk a mainstream dairy option for the future? 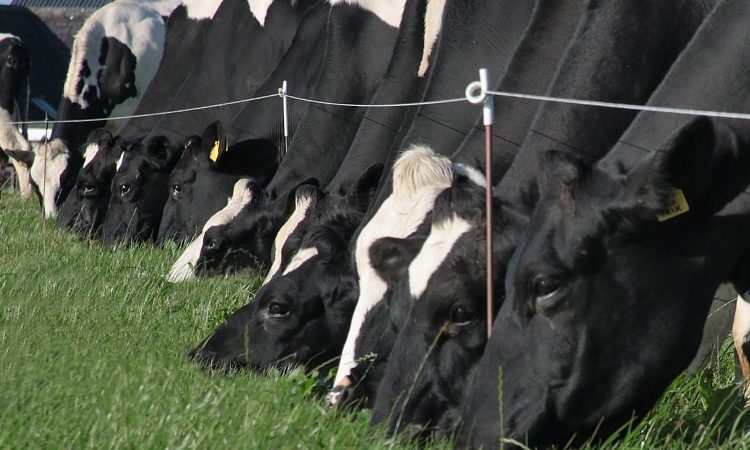 Producing A2 milk may well be a mainstream option for Irish dairy farmers in the not too distant future.

A2 milk is a variety of cows’ milk that mostly lacks A1 beta-casein protein, and instead the bred cows mostly have the A2 form.

Heading for the four figure mark in terms of cow numbers on the farm, is no longer a core objective for him.

But breeding up the 800-strong herd that is already in place to produce A2 milk only, very definitely is.

“In terms of a herd breeding programme, we are already about one quarter of the way there,” George explained to Agriland.

All of our milk is supplied to the liquid milk business Strathroy Dairy. If the farm is in a position to supply A2 milk only, it gives us an opportunity to secure a premium farmgate price.”

According to George, all Australian school children receive A2 milk. There is also a growing demand for the product in Canada, the United States and in many regions of the UK.

Market for A2 milk

Cows’ milk like this was initially brought to market by the ‘a2 Milk Company’ and is sold mostly in Australia, New Zealand and China.

It has been claimed that people who experience discomfort drinking ordinary cows’ milk, may experience relief when they switch to milk with predominantly A2 protein.

George farms close to Nutts Corner in south Co. Antrim with his father Robin and mother Winifred. He further explained:

“We have continually invested in the business in order to ensure that the production and welfare needs of the cows are always put first.

Up to this point, the focus has always been on increasing the herd size. However, we are now facing into a scenario which will see environmental challenges becoming the new quota restraint.”

This level of performance is being achieved from 3.5t of concentrate. Up to four cuts of silage are taken annually.

Milking cows and the environment

While keen to point out that agriculture must shoulder its responsibility in helping to mitigate the impact of climate change, George also believes that the industry has been unfairly painted as the big bad wolf in the environmental debate.

He commented: “Manufacturing and transport both have much larger carbon foot prints than is the case with agriculture.

Meanwhile, our politicians seem not to be interested in taking account of the vast amounts of carbon that farm business actively store on an ongoing basis.”

The Bingham family owns approximately 600ac. The remainder of the land utilised by the business is either leased or taken in conacre.

Going forward, George is committed to growing more of his own cereals.

“This approach will help us overcome any challenges that Brexit throws up. It will also make the business much more environmentally compliant,” he concluded.