Home » Agri-Business » Is the end nigh for Eastern Bloc tractors?

Is the end nigh for Eastern Bloc tractors? 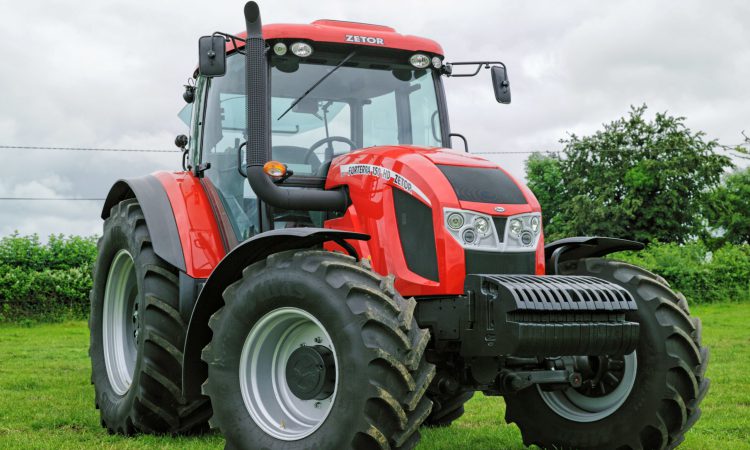 Tractors manufactured in the old Eastern Bloc never enjoyed the ‘rosiest’ of reputations in the west. Often considered outdated and unreliable, brands from behind the iron curtain struggled to gain credibility away from their home markets.

This was not always entirely fair. Zetor, for instance, was innovative and in some ways quite advanced. It introduced four-wheel-drive as a factory fitted option on general farm tractors 20 years before Ford got round to doing so with the TW series.

Various attempts to penetrate western markets by other makes such as Ursus, Belarus and IMT failed to make any great impact, with only a few being sold on an irregular basis, engendering concern over aftersales service.

IMT finally shut its doors in 2016 due to poor sales and lack of investment in its Serbian factory.

It was purchased from bankruptcy in 2018 by the Indian company, TAFE, which proposed a modest output of 1,000 Massey Ferguson lookalikes a year.

More recently the even less well-known Kharkiv tractor plant in the Ukraine is said to have sold just 827 units in 2020.

This represents a 75% reduction since 2017, which, as one Ukrainian government analyst, Dr. Yaroslav Navrotsky, has noted “is approaching the brink of extinction”.

Left behind by western tractors

If Eastern Bloc tractors were considered slightly backward towards the end of the 20th century, then the rapid expansion of digital technology has left them gasping in this one.

This is a pattern which would appear to be applicable in various degrees to all the Eastern Bloc manufacturers.

To make matters worse, foreign investment to bring both product lines and production facilities up to date, has not been forthcoming.

Instead, it has been up to the manufacturers to buy in western technology. Both Ursus and Zetor power their top models with a Deutz six-cylinder engine and Ursus also uses a ZF transmission on its flagship C-3150.

The rationale behind western companies’ reluctance to get involved is not too hard to find.

Dr. Navrotsky points to the importation of used tractors from the west which had an average price of $56,000 for models of around 175hp.

A new Kharkiv equivalent is the same price, but without the sophistication. And sophistication on higher horse power tractors is in demand.

The former communist countries thus act to absorb second-hand stock from the west, and so put a floor in the used tractor market, vital to new machinery sales in markets that can afford to buy the latest equipment.

In a bid to avoid a complete meltdown of the Ukrainian tractor manufacturing industry, Dr. Navrotsky recommends two critical paths of action.

The first is the acquisition of modern foreign technologies, including assembly methods, which will increase efficiency of the tractors and their production. This, he believes, will boost the attractiveness of the indigenous product.

The second is to concentrate on developing the quality and reducing the price of lower-powered tractors which do not require the latest electronics to satisfy the smaller farmer.

Such action will also stave off competition from China, which is seen as just as great a threat to the industry as outdated models.

The growth in tractor size has accelerated over the past decade or so. 500hp is no longer considered outrageous, but machines of this size require careful electronic management to obtain the best performance.

Unfortunately for the manufacturers of the old Soviet empire, they have not been able to keep up due to the lack of a home market, vital to any company. Yet this is changing, but the unit numbers are small and investment funds scarce.

They would, at best, hope to stay in business by satisfying the more basic end of the market.

However, this is not where a growing number of farmers, from both sides, are buying their machinery.