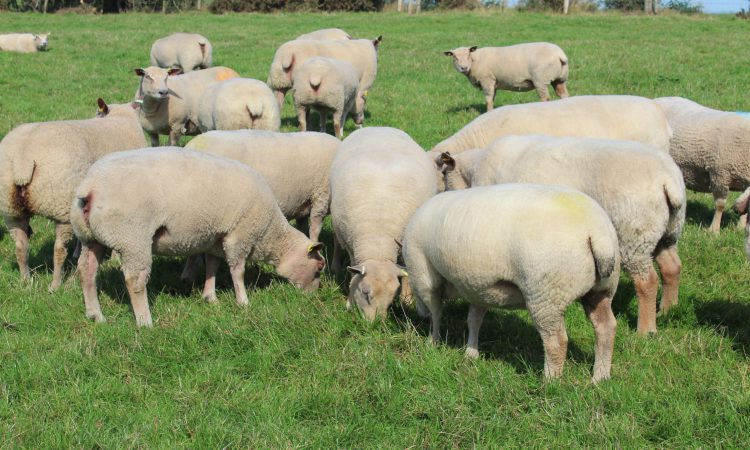 Three years of continuous investment in top Charollais bloodlines generated a more than handsome payback for Richard and Harry Powell when the father and son team, from Keady in Co. Armagh, swept the boards at the recent breed premier show and sale.

The event was held at Dungannon Mart.

A very special, home bred ram lamb started the day by winning its class. The December 2020-born animal then went on to notch up the male and supreme championships at the show and sale.

The young ram in question subsequently sold for 3,400gns in the ring.

“The decision was taken to establish our Iskeymeadow pedigree flock three years ago.

I have always had an interest in sheep. But giving the children an entry into farming was also a key driver when it came to making the initial investment decision.

“There are 32 breeding ewes in the flock. We are maxed out now in terms of numbers.

“Our aim is to continuously improve the quality of the sheep that we are breeding. The use of AI [artificial insemination] is already critically important in terms of making this happen.”

The Powells had a fair idea that a number of the young sheep that they were taking to Dungannon might well catch the eye of other breeders at the event.

However, they were not prepared for the scale of the success that they actually enjoyed on the day in question.

The ram prices are well above those that we had received up to this point. They reflect, in a very positive way, the commitment that we have been making to AI and breeding from the best available bloodlines within the Charollais breed.”

Richard and Harry are now looking forward to their fourth lambing season.

A significant proportion of the ewes have already been covered with AI rams. Almost all of the breeding females are now safely back in lamb.

“Charollais sheep are very straightforward to work with,” Richard confirmed.

“They put on flesh very easily. In fact, I had to almost starve the ewes to get them back into proper condition prior to this year’s breeding season.”

“They really thrived at grass earlier in the year. Lambing should get underway again prior to Christmas. So it will be interesting to see what 2022 has in store for us,” he concluded.