John Deere claims that the latest 9R, 9RT and 9RX machines have not only been made "stronger and more efficient", but also "more intelligent".

The company has said that operators and farm managers will "benefit from their increasing connectivity and automation features".

All the tractors use the same new 13.6L John Deere engine as the X9 combines, except for the top of the range 640hp (rated) models which are still powered by the 15L Cummins engine.

The six-cylinder John Deere engine with its HPCR fuel injection system has been developed to operate more efficiently, with John Deere claiming that noise levels have been reduced by up to 50%.

In order to transfer the engine power to the ground, all models offer additional ballasting options that allow a gross weight of 30.4t.

In addition to the increase in power, the new tractors have received technology updates.

The StarFire 6000 receiver is integrated into the cab roof and is included as standard, along with the large 4600 CommandCenter display, full AEF ISOBUS compatibility and AutoTrac activation. 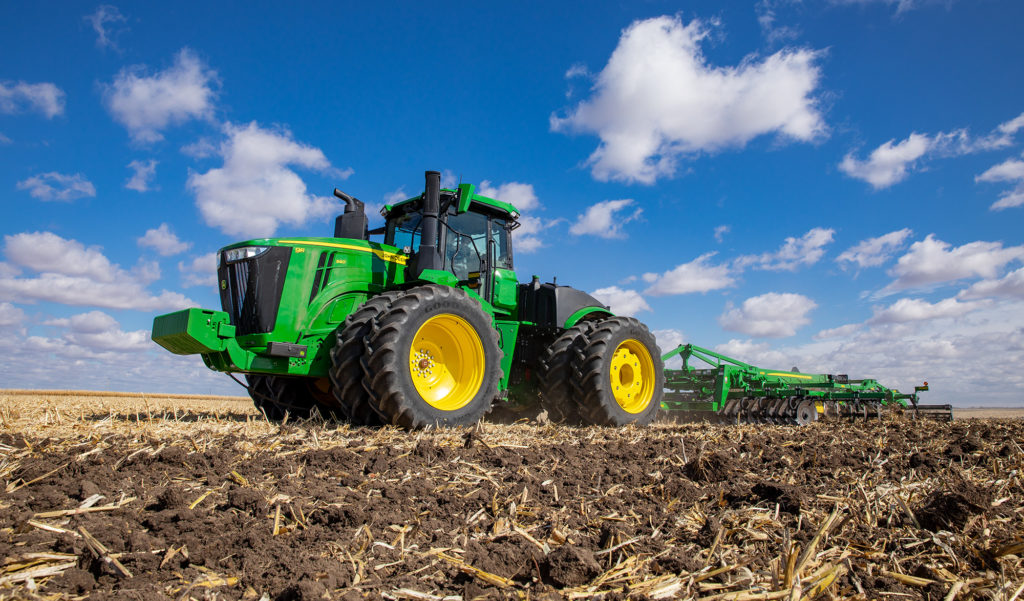 Jobs appear automatically on the cab display when the machine enters the field and the operator has to confirm with a single button click.

Once the job is completed, all data can be transferred wirelessly to the operations centre.

The manufacturer claims that AutoSetup saves up to 90% of setting up time in the field and also provides clear documentation to avoid errors and data losses.

John Deere said that users will appreciate the comfier ride in the new models thanks to the development of  individually developed suspension systems for the 9R, 9RT and 9RX and also the new cab.

John Deere’s HydraCushion front axle suspension is now available for all 9R series models, while the new cab features are the same as those introduced on the new 7R and 8R series tractors launched at Agritechnica 2019. 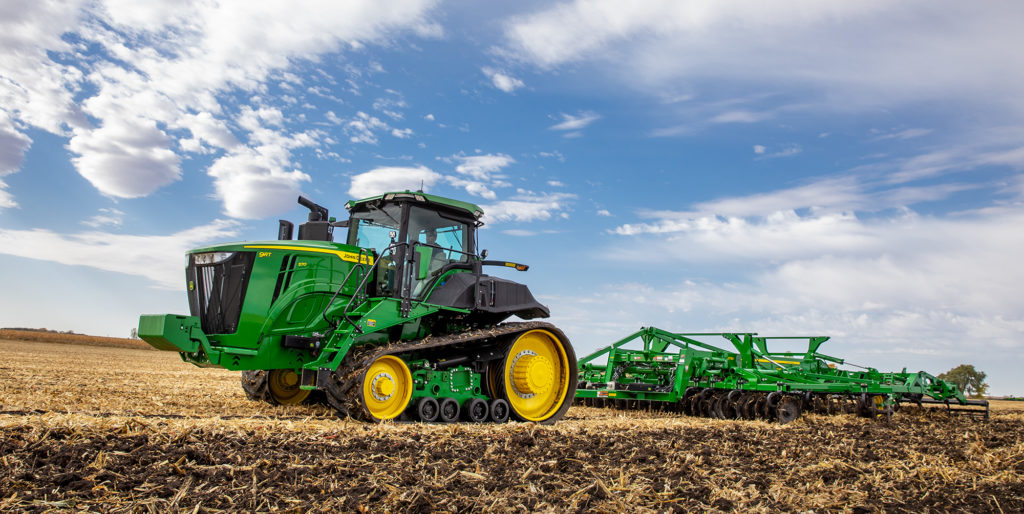 A 6.5in DAB+ touchscreen radio with 6.1 sound system provides infotainment and is compatible with Apple CarPlay, while LED lighting provides improved visibility.

The reduced size of the exhaust after treatment system and optional cameras means visibility on all sides has been further improved according to John Deere.

John Deere said that the aim of the new 9R series was to maximise reliability and reduce operating costs even further.

Among many other developments on previous models, the e18 transmission, axles, track drives and chassis have been significantly reinforced for higher capacity and productivity.

In order to reduce maintenance effort and cost, many service intervals have been extended – e.g. the new fan is now serviced every 5000 hours, the same as the torsional damper. 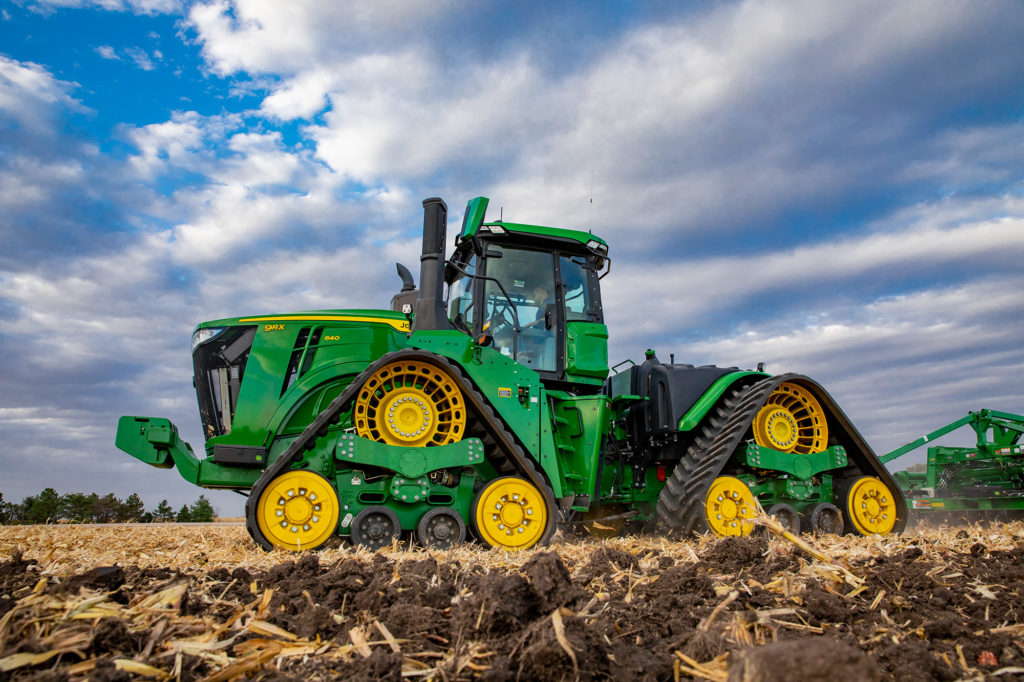 The dealer support network also uses expert alerts, where potential machine damage can be predicted and the likelihood of expensive repairs can be reduced or completely avoided, as well as any unplanned downtime.