John Deere gets a boost thanks to political intervention…but how?

According to reports from Bloomberg, shares in Deere & Co have jumped by a very considerable 4.8% after it emerged that the Trump administration is planning to "compensate US farmers who stand to lose export business amid escalating trade tensions with China". 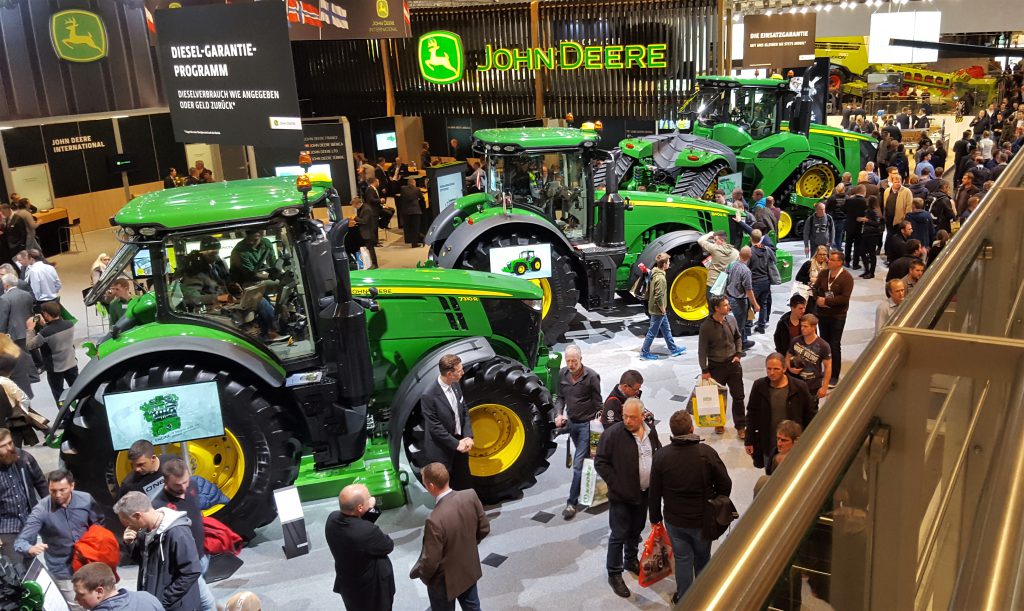 The report said: "Prices for the company’s models can run into several hundred thousand dollars apiece. As such, its fortunes are closely tied to the financial health of its customers."

By way of compensation, the Trump administration pledged $12 billion in aid to US farmers to help offset the impact of tariffs. Tariffs have been imposed by other countries, in retaliation for tariffs announced by Trump.

The retaliatory action (by other countries) has mainly impacted on farmers involved with soybeans and other commodities. For example, China imposed tariffs on soybeans some weeks ago.

Farm Journal's Ag Pro also reported: "US farm profits were already projected to reach a 12-year low before the current trade tensions, and growers have been taking out more loans to keep afloat.

"Debt is rising steadily while incomes are being reduced."

Meanwhile, earlier this month, the president of the Association of Equipment Manufacturers (AEM) in the US, Dennis Slater, expressed disappointment with the Trump Administration’s decision to push ahead with the majority of proposed tariffs on imported goods from China.

Speaking at the start of July, he explained: “The AEM and its 1,000 member companies are extremely disappointed with the Trump administration’s decision to move forward with the majority of the $50 billion in tariffs.

These tariffs target the vital parts and components used in equipment manufacturing throughout the US.

"They will drive up the cost of manufacturing in the US and risk many of the 1.3 million good-paying manufacturing jobs our industry supports."