A group of young farmers in North Yorkshire raised more than £20,000 in memory of their late friend with a very special tractor run.

Tim Weatherhead, one of the driving forces behind the event and a member the club, told AgriLand: "We have a good team of around 15-20 YFC members and Mike's friends," who help organise the tractor run each year.

We start organising it in September each year and we all pull together to make the day a big success.

The tractor run, which originally began as a club event in 2012, started to grow following Mike's passing, when the group decided to host the tractor run as a fundraiser in his memory.

Since then, it has continually grown in numbers - starting off with 125 tractors the first year, it is now the largest tractor run in England - with 361 tractors in total in 2020.

On the day, there were hundreds of people lining the streets, cheering on the convoy of tractors as they passed.

The run started at the Yorkshire Show Ground, where registration began at 7:30am. The convoy set off at 9:00am, with no stop until reaching the hog roast which is offered to participants at Pateley Show Ground in the early afternoon.

Following the tractor judging and food at Pateley Show Ground, the return leg began; taking the scenic route back to Knaresborough. 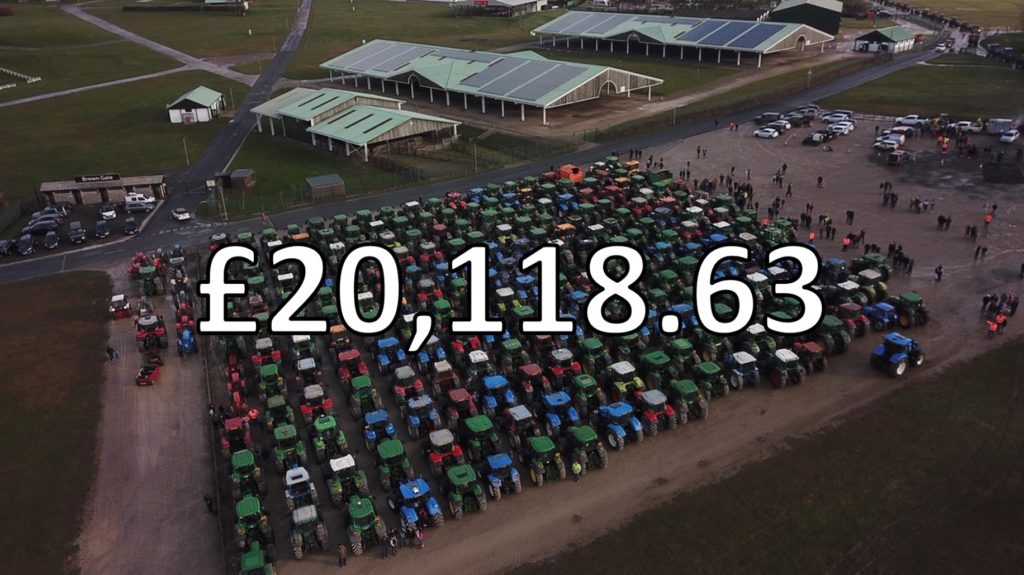 When asked why he felt the day attracted so much support this year, Tim said: "Mike was a well-known and well-liked member of the local agricultural community. Also, the air ambulance is a charity which people love to support because it's something we all could need one day."

Next year's run will be held on Sunday, March 14; while the route will be revealed closer to the date.

Readers can find more information on the Knaresborough YFC's Annual Tractor Run Facebook page, where all updates and news on the tractor run are shared.

Torque of the farm: Scottish strongwoman pits herself against a 6t tractor