Kantar analysis also confirms the continuing scrutiny over single-use plastics. Consumers are applying pressure on the retailers when it comes to packaging and making their feelings known in the fruit and vegetable aisles – 21% of fruit, vegetable and salad items were sold loose over the past 12 weeks, with sales growing twice as quickly as packaged produce.

The Kantar figures show that Aldi sales increased by 10.6% over the past 12 months, helping it achieve a new record high market share of 8.0%. Thirteen million households visited Aldi at least once in the past 12 weeks – now more than those shopping at Morrisons.

London holds potential for Aldi, as both its fastest growing region and where its market share is currently lowest; this goes some way to explaining the recently announced trial of the smaller Aldi ‘Local format’ in the capital.

Lidl was the second fastest growing supermarket, with sales increasing quicker than last month at 5.8% and market share growing by 0.3 percentage points to 5.6%. Particularly strong growth was seen in bakery goods, frozen foods and biscuits.

Advertisement
Tesco grew by 0.5% to achieve market share of 27.4%, 0.2 percentage points lower than a year ago. The popularity of the ‘Exclusively at Tesco’ range continues to rise – its products went home in nearly a quarter of Tesco shopping baskets and sales reached £138 million in the past 12 weeks.

The number of sales completed through a deal at the retailer increased to 40.1%, which is notable at a time when the level of promotion across the grocery market has fallen to less than 31%, the lowest in a decade.

Asda has built on two years of continuous growth and increased sales by 0.1% this period to become the second largest retailer in Great Britain, with a 15.4% market share.

Asda’s performance has been fuelled by attracting a greater number of affluent households, and shoppers making more regular trips.

Sales at Sainsbury’s fell by 1.8% and market share dropped by 0.5 percentage points to 15.3%. Despite being overtaken by Asda in main store sales, Sainsbury’s remains the biggest seller of food and drink out of the two retailers; these figures do not include Argos.

Sainsbury’s premium ‘Taste the Difference’ line is still a bright spot, with sales rising 4.4% and the brand growing sales of alcohol, poultry and dairy products in particular. 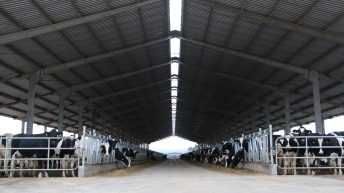