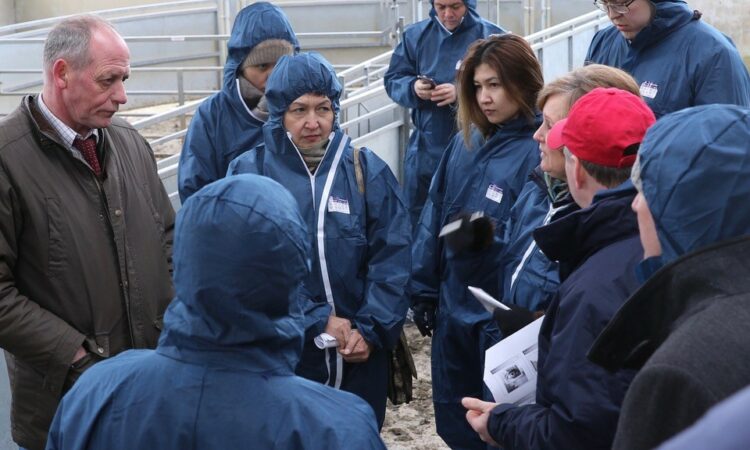 Northern Irish agri-tech companies flaunted their wares to a team of investors from Kazakhstan interested in developing their country’s agricultural sector with UK technology.

The Agri-Food and Biosciences Institute (AFBI); Dunbia; the College for Agriculture, Food and Rural Enterprise; Queens University Belfast; Devenish Nutrition; and Randox were among the companies and organisations to address the delegation.

Devenish and Randox flew in staff from overseas to deliver presentations in Russian.

The opportunity came about when Simon Doherty of Blackwater Consultancy visited Kazakhstan for the Astana 2017 Expo.

Doherty – who is also the Department of International Trade (DIT) animal health specialist – felt an intensive three-day programme showcasing the UK’s capabilities of relevance to Kazakhstan would be best delivered in Northern Ireland.

The visit was an international venture; the DIT team in Astana recruited interested Kazakh agriculture organisations, while – closer to home – Invest NI worked to identify and engage Northern Irish stakeholders to meet and to present their offers to the delegation.

John Henning, a director of the Centre for Innovation and Excellence in Livestock (CIEL), gave an overview of the organisation and how it was structured as one of four agri-research centres in the UK – alongside Crop Health and Protection (CHAP), Agri-EPI Centre, and Agrimetrics.

He also discussed the work of AgriSearch, an industry-levy funded research organisation of which he is the chairman as well as his experiences as an Angus breeder.

Henning said members of the group had been interested in importing Angus cattle from the island, but that attaining a large enough volume had proved challenging. 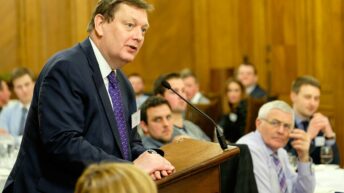