LacPatrick co-op has announced that it will be increasing its milk price by 1c/L for December supplies.

This will leave its December milk price at 30.25c/L including VAT as well as the Sustainable Dairy Assurance Scheme (SDAS) bonus.

The most recent increase follows LacPatricks decision to increase its milk price by 2c/L for November supplies.

LacPatrick are the latest co-op to announce an increase for December milk supplies, with other co-ops announcing increases earlier this month.

Kerry was the only co-op to announce that it was holding its December milk price at 29c/L.

Both Aurivo and Glanbia are offering a milk price of 30c/L for December supplies, an increase of 1c/L compared to the previous month.

Lakeland is offering a similar price to LacPatrick, 30.28c/L, with the co-op also deciding to increase its December milk price by 1c/L.

Following a 1c/L increase, Arrabawn will pay its suppliers a base milk price of 30.75c/L for December supplies, the highest on offer.

Meanwhile, Dairygold was the co-op to announce the highest December price increase with a jump of 1.5c/L, bringing the price to 30.5c/L.

At the latest Global Dairy Trade Auction held in New Zealand product prices were mixed, but the overall price of the dairy products on offer improved by 0.6%.

This follows on from the first auction of the year, which was held two weeks ago, where prices declined by 3.9%.

Whole milk powder (WMP) prices were down by 0.1% at today’s auction, with lactose and rennet casein prices posted a mixed performance.

Skimmed Milk Powder (SMP) prices were also down by 1.6%, but butter prices actually improved by 1.6% on the previous auction results. 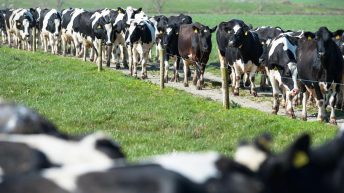 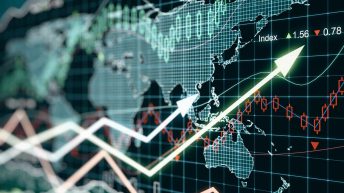