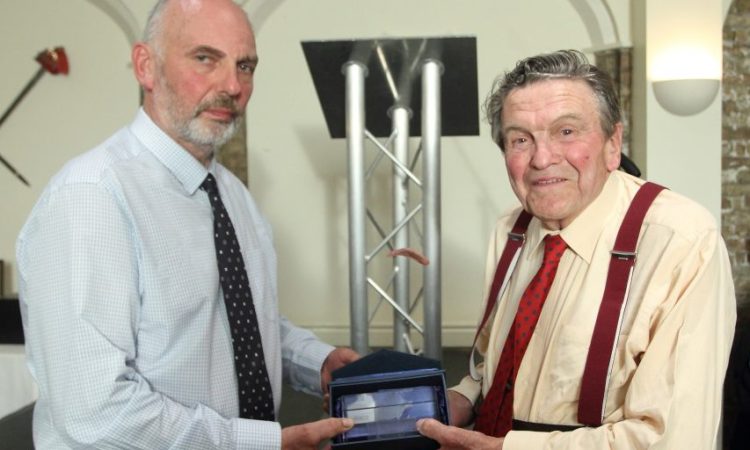 A long-serving Holstein breeder who began dairying on just five and a half acres more than 60 years ago has been awarded this year’s Holstein UK Lifetime Achievement Award.

Alan Shufflebotham of the Avondale Herd at Childswickham, near Broadway, Worcestershire, was been named the winner of the 2018 award.

Shufflebotham was described by the society’s top brass as a “remarkable ambassador for the breed” as he was given the award at the Holstein UK annual general meeting and celebration in Yorkshire on Wednesday night.

The Lifetime Achievement Award seeks to celebrate an individual who has shown considerable passion, drive, and commitment to the Holstein breed.

To receive this award the nominee had to have at least 20 years’ service to the breed and be nominated by a member of Holstein UK.

Applications for the award are reviewed the board of trustees for Holstein UK who vote to select the winner each year.

From four cows to more than 200

Alan worked on numerous dairy farms throughout his career before taking tenancy of his first farm in 1955.

This comprised of four Jersey cows and a poultry unit on five and a half acres.

He was unsuccessful in his application for a Nuffield Farming Scholarship to study Holstein cattle and milk production in North America, so instead, he organised his own trip with 14 others.

It was during this time that he became convinced by the superiority of the North America Holstein cow.

In 1973, he borrowed £25,000 from his bank, and Alan made a trip to Canada to purchase 61 in-calf heifers and a bull to establish the Avondale Herd.

After just two years, Alan dispersed the Jersey herd to concentrate on the Holstein breed.

He then joined the Holstein Society and started showing cattle, winning Supreme Champion at both the National Holstein Show and Royal Show.

He was also a founder member of the Midland Holstein Breeders’ Club.

‘Foresight to import from Canada’

Nominator, Mike Miller, past chairman of the West Midland Club, said: “Alan has made an outstanding contribution to the ‘Holsteinisation’ of the black and white breed in the UK through the importation of cattle from Canada.

“He has been fundamental in developing a high-production herd of highly classified cow families and welcoming many visitors.

“Alan is in his 88th year, so it is wonderful to be able to honour him with this prestigious recognition, which he so worthily deserves.

When Alan changed to milking black and white cows, he had the foresight to import pure Holsteins from Canada. He has been a prominent member of the British Holstein Society and a very keen showman.

“He also bred many bulls and together with Don Rowntree set up the Transatlantic Breeders Sale held at Avondale House, which gave breeders the opportunity to purchase Canadian genetics without having to travel.” 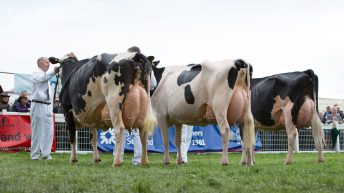