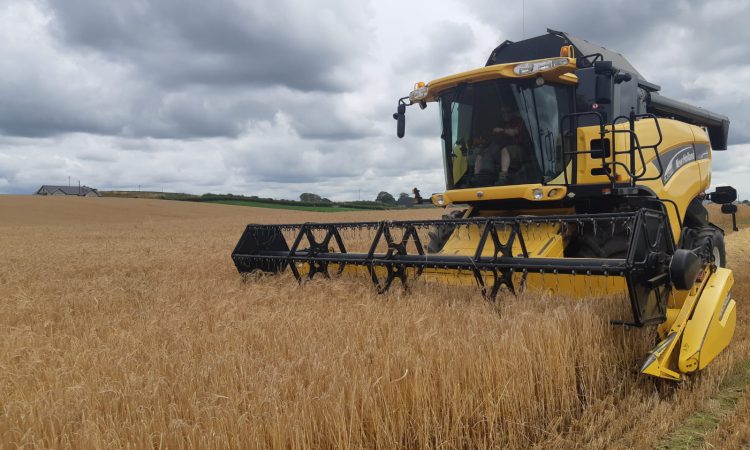 Malting barley production is helping to breathe new life into Co. Donegal, Republic of Ireland’s tillage sector, with a total of 1,200ac due to be cut this year.

Of even more significance is the fact that one third of this area has been dedicated to a single winter variety: Craft.

Making all of this work is the recognition by Boortmalt that malting barley can be grown successfully in Donegal, in tandem with the vision of the Devenney family, who own and manage Newtowncunningham-based Agricare & Crop Specialists.

“East Donegal is home to some of the best soils in Ireland. Adding to this is the fact that cereal growers in the county are as good as those found anywhere else in the country.

“However, up to now, farmers here have regarded themselves as second class citizens, given that feed wheat and barley where the only crops available to them. As a consequence, they were always price takers, not price makers.”

Back in 2014 Gareth and his brother Jason approached Boortmalt, highlighting, as they saw it, the potential to grow malting barley in the north west.

The end result of this ‘lobbying’ exercise was a decision to undertake a malting barley trial, using spring varieties in 2017/2018.

This proved successful and was followed by a subsequent trial using two new winter malting varieties from Syngenta.

“The varieties concerned were Pixel and Craft. Pixel is a six-row variety, and Craft a two-row option.

From the start, it was obvious that Pixel was not suited to Donegal growing conditions. But Craft grows tremendously well under the conditions that prevail here in the north west.”

Over the past four years, the tonnages of malting barley produced in Donegal have grown exponentially. In year one (2017/18), total output amounted to 350t.

Agricare & Crop Specialists now acts as an agent for Boortmalt in Co. Donegal. This entails the supply of certified seed and the provision of the required agronomic advice to growers.

“We also accept all the grain produced by the Donegal malting group at our facility in Newtowncunningham,” Gareth added.

Prior to unloading, all grain deliveries are analysed to check their suitability for malting.

“Most of the shipments received over the past four years have met the malting quality criteria.

“There were particular problems created by the weather in 2019. But growers have the insurance policy of knowing that barley not suitable for malting can be sold for feed purposes.

Barley that meets the malting criteria is transported to a Boortmalt facility in Athy within 24 hours of arriving with us.”

Barley destined for brewing must have a protein content in the range 9.7% to 10.8%. Only barley with a protein value below 9.7% can be used for whiskey production.

“This is why all the Craft consignments that we take in at the present time are destined for brewing purposes only.”

According to Gareth, the vast bulk of this year’s Craft acreage has now been harvested.

“Yields have ranged from 2.85t to 4.0t/ac. Straw yields have also been exceptional. Weather permitting, the spring barley harvest will get underway around the third week of August.”

Approximately 30 farmers are growing malting barley crops in Donegal at the present time.

This year has seen a number of them dedicating their entire cereal acreage to a mix of spring and winter malting crops.

“It’s too early yet to talk about prices,” Gareth concluded.

“But in a normal year, growers can look forward to receiving a premium of between €30 and €50/t above the base feed price.

The past four years have proven to be a revelation for cereal growers in Donegal. Malting barley is now regarded as a mainstream crop option in the county with the prospect of farmers using a mix of winter and spring cropping options an added attraction.

“The acreage of malting barley grown in Donegal is set to increase exponentially over the coming years.

“Our plan is to expand the business into Northern Ireland over the coming years. In fact, this process has already started,” he concluded.