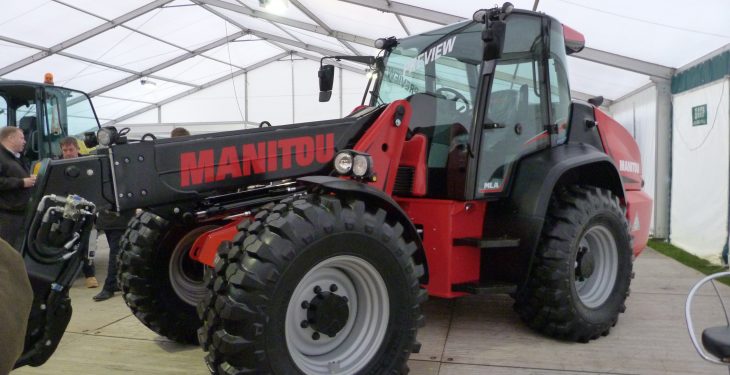 In total, one third of the group’s sales comes from the agricultural sector, while the new MLA articulated telehandler is just one of nine models in the new range.

The range is characterised by a wide choice of transmissions, an entirely new cab with ‘Easy step’ access, improved soundproofing and numerous ‘innovations’, designed to boost comfort and performance.

The manufacturer’s new MLA articulated telehandler was previewed for the first time at the recent LAMMA show in the UK.

Wim Roose commented: “With the brand new Manitou MLA, we are back in the market of articulated telehandlers, with a concept that gives our customers the maximum of comfort, visibility and manoeuvrability.”

The machine is likely to appeal for farmers needing a machine to feed animals, shift silage and handle bales.

The central positioning and width of the driver’s cab helps to improve visibility and comfort, particularly with handling operations requiring good visibility to the front of the machine, according to Manitou.

Meanwhile, the position of the overhead protection grid, incorporated in the cab, is designed to offer clear visibility of the load, even at maximum height.

Access to the cab is also improved, with access from either the left or right hand side. Noise levels are also claimed to have been reduced in this MLA.

The manufacturer also claims that manoeuvrability is a key benefit of the new machines, with the MLA “capable of performing a U-turn in cramped quarters”.

With features such as ‘Intelligent Hydraulics’ and ‘Active CRC’ boom suspension, Manitou believes this new handler will allow operators to boost productivity.

The new MLA aims to bring the French firm back into the articulated-steer (pivot-steer) telescopic handler market – a market in which it was previously very active. 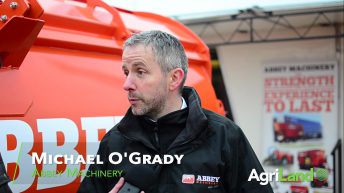