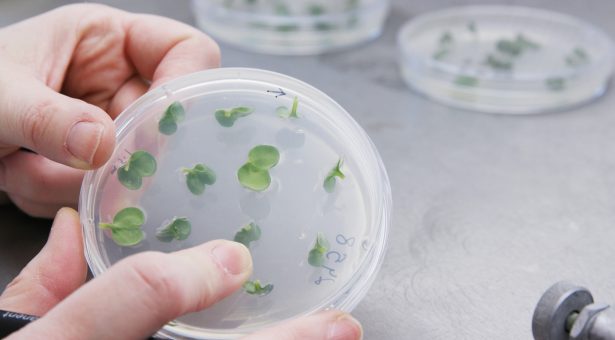 The chairman of Stormont’s Committee on Agriculture, Environment and Rural Affairs, Declan McAleer MLA, has cautioned against the public commitment from the UK government to formally assess the role of gene-editing as a means of boosting crop yields.

The comments from the Sinn Féin representative follow-on from the speech given by the Department of Environment, Food and Rural Affairs (DEFRA) Secretary, George Eustice MP, to last week’s Oxford Farming Conference, extolling the virtues of gene-editing technologies.

McAleer believes that the UK authorities may now push to move away from EU regulations on food standards.

He said: “The transition period has just ended and the Department of Environment Food and Rural Affairs has opened a consultation on gene-editing. This is a worrying indication that food production rules will be changing.

“Gene-editing, or GMOs, involves changing the properties of a plant to make it more resistant to things like pests. Due to food safety concerns, the use of GMO plants is highly restricted in the EU and in the north under EU protocol.

What Britain appears intent on doing is removing restrictions on GMO plants where the hybrid plant, even if it was created in a lab, could technically have been created through natural breeding methods.

According to McAleer, this differs from EU rules and Britain may very soon be producing or importing food which was created using methods not authorised in the EU.

He further commented: “This could have a serious impact for our local farmers as it would distort the British market and make it more difficult for our farmers to compete in it.  Greater divergence will also create additional challenges for sanitary and phytosanitary checks at our ports.”

McAleer concluded: “This is another potentially disastrous consequence of Brexit which could result in disruption to our export volumes to the British market and damage the cause serious economic damage to local agri-food businesses.”

Advertisement
Speaking at the Oxford Farming Conference, George Eustice said that gene-editing has the ability to harness the genetic resources that mother nature has provided, in order to tackle the challenges of our age.

He continued: “This includes breeding crops that perform better, reducing costs to farmers and impacts on the environment, and helping us all adapt to the challenges of climate change.

Its potential was blocked by a European Court of Justice ruling in 2018, which is flawed and stifling to scientific progress. Now that we have left the EU, we are free to make coherent policy decisions based on science and evidence.

Last week saw DEFRA launch a public consultation on gene-editing. It will focus on stopping certain gene-editing organisms from being regulated in the same way as genetic modification, as long as they could have been produced naturally or through traditional breeding.

Material made public by Defra to coincide with the launch of the consultation refutes claims gene-editing is the same as genetic modification.

Gene-editing differs from genetic modification because it generally doesn’t introduce DNA from a different species and results in changes which could be produced using traditional breeding methods.

“Gene-editing has the potential to unlock substantial benefits to nature and could help us reach our climate and biodiversity goals,” it read.

The statement also explained potential environmental benefits to the use of gene-edited organisms include: