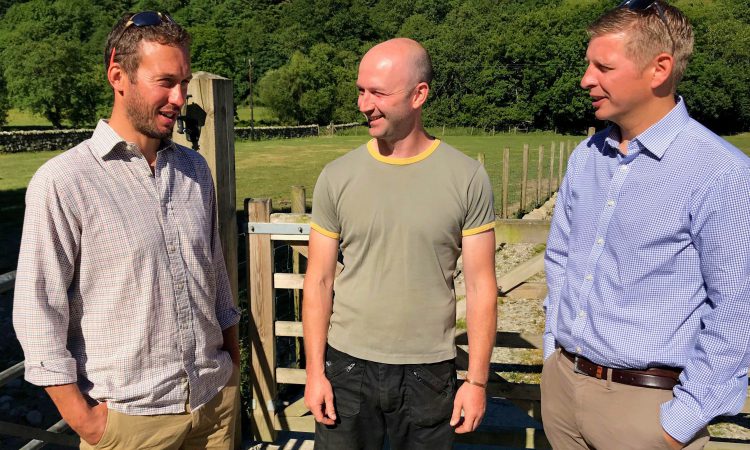 The Government official joined the group during four farm visits in the eastern region of the county.

The visits had been arranged to highlight the concerns of younger farmers, and involved conversations with family members on the current state of the agricultural industry and the uncertainties and challenges ahead – particularly in terms of the UK leaving the European Union.

FUW Meirionnydd county chairman, Geraint Davies, who also chairs the FUW Younger Voice for Farming Committee, said: “The farms visited represented a cross-section of the industry in Meirionnydd, with some being run by owner-occupiers, and others being tenanted farms or with land under grazing agreements.

As well as discussing the farming enterprise on each of the farms, we considered the five core principles for the future of land and the people who manage it announced by Assembly Member Lesley Griffiths in her statement in early May.

Davies said the interpretation of “public goods” was discussed at length, with many considering that high-quality food production should constitute a public good.

“There was a detailed discussion on schemes such as the Young People into Agriculture Scheme 2018 and the Farm Business Grants including a frank exchange of views,” he said.

Investing in the future

Davies said the “clear message” from members was that getting farming to be an attractive career for young people should be an “absolute priority” and that investing in our youth should be central to policy formation in the future.