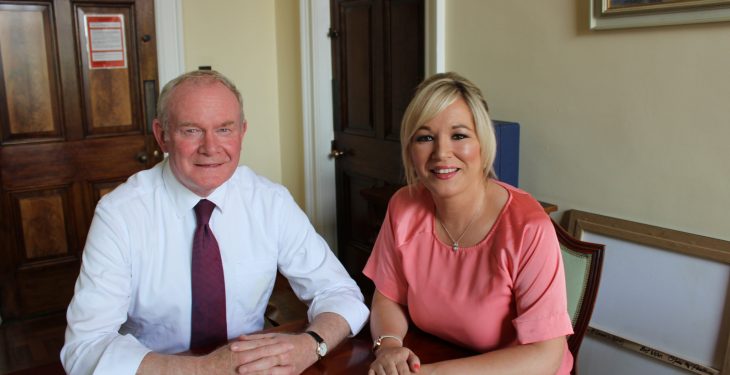 Martin McGuinness and Michelle O'Neill of the Sinn Fein party

Michelle O’Neill, a former Minister for Agriculture in Northern Ireland, has been named the new leader of Sinn Fein in the North, succeeding Martin McGuinness.

O’Neill, from Clonoe, Co. Tyrone, is a Sinn Fein Assembly Member for the constituency of Mid-Ulster and is currently Minister for Health.

Before becoming Minister for Health, O’Neill was Minister for Agriculture and Rural Development after she was elected following the 2011 Assembly Elections.

In this role she successfully negotiated a new Common Agricultural Policy (CAP) programme securing the largest ever rural development programme to support farmers and those living in rural areas.

Speaking upon her appointment, O’Neill said that it is a huge honour for her.

It’s a big privilege for me to be chosen to be the new leader in the North. As a wee girl from Co. Tyrone it gives me immense pride.

“To follow in the footsteps of Martin McGuinness, a political giant, is no mean feat, but a challenge that I am certainly up for.”