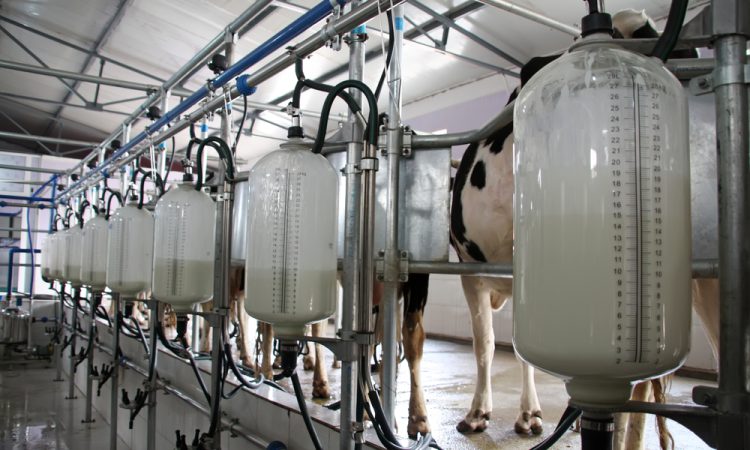 Issues with mixed origin milk remains a thorn in the side of the cross-border food industry, but are likely to be a “lower priority” for the EU, attendees at a Sinn Féin meeting for farmers last night (March 24) were told.

However, once at the factory, milk from both jurisdictions is often mixed together for pasteurisation and further processing, meaning the resulting produce is technically now considered a ‘mixed-origin product’.

As a result, some fear dairy products made using milk from both jurisdictions will be unable to be sold through EU trade deals to countries outside of the EU.

Lakeland Dairies has previously admitted it had lost a few customers as a result, but said the majority of those affected were satisfied to continue receiving its products.

Responding to a question from a farmer asking why the EU had not intervened, Matt Carthy, Sinn Féin’s agriculture spokesman for the south, said: “The difficulty is that these trade deals were negotiated before Brexit so they don’t take into account the protocol – the parameters that have been set in place don’t allow for the mixed milk.

“These trade deals are technical documents which run to thousands of pages so if something doesn’t fit into the criteria then it can’t be brought into the country without incurring tariffs. The difficulty is that all of those trade deals would have to be renegotiated.

The question is how much of a priority the EU will attach to this issue – which in the grand scheme of things would probably be considered fairly small – to reopen the negotiations.

“Once you open up one thing, the other party can say, ‘Well, now that we’re talking, we’d also like to talk about some other part of the trade deal’.

“What we have been saying to the Irish Government is that they need to ensure that at a European level we need to make sure this issue is resolved for all future trade deals.

“So we are saying to the Irish Government: You need to be asking now early on to resolve this issue as quickly as possible.”

“We’ll see aspects of this across all of the sectors – that’s just one area where Brexit has and will make a very real cost to [farmers],” Carthy added.