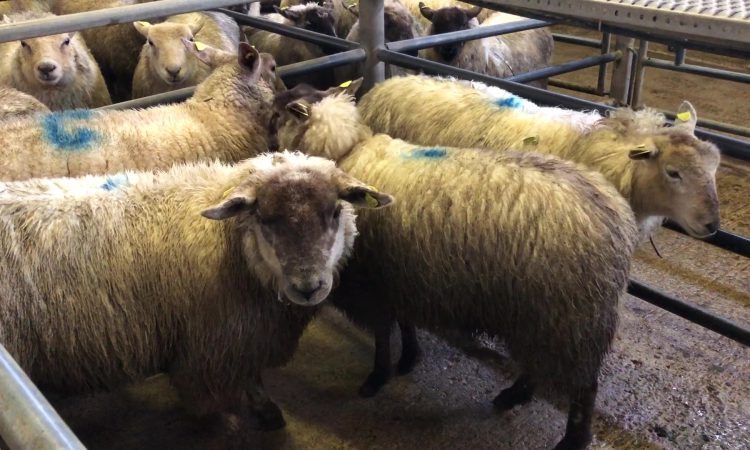 Looking at exports first, UK exports of fresh and frozen sheepmeat fell by over 50% year-on-year to 3,400t for January of this year, according to the AHDB.

The data, which was collected by HM Revenue and Customs (HMRC), showed this was the lowest monthly export volume since August 2007.

It was also noted that volumes sent to France – which is the main export market for UK sheepmeat – fell by 21% to 2,300t, while imports from Ireland dropped by 56%.

Although according to the AHDB, French customs data suggests that shipments from the UK during January increased by 21% to 3,900t.

The AHDB added that while trade data often differs, there was an “unusually large disagreement” between the two reporting countries (UK and France). It was noted that the figures should be treated with caution and may be “subject to later revision”.

A number of factors such as; tight domestic supplies; higher sheep prices; lower European foodservice demand; and post-Brexit friction around shipments into the EU, were considered as reasons for the decline in UK sheepmeat exports.

As well as France, larger year-on-year declines in exports came in shipments to smaller markets in Europe, such as Germany, Belgium and the Netherlands.

However, it was noted by the AHDB that exports did grow to Asian and Middle Eastern markets, but not enough to outweigh losses elsewhere.

The AHDB also noted a “suppressed incoming trade” during January of this year, but not to the same severity as exports.

Although imports from the UK’s top two suppliers New Zealand and Australia continues to grow year-on-year, it was the drop in shipments from Ireland (-56%) that drove the overall decline in January, according to the AHDB.