Back on July 10, we brought you news of the imminent arrival of John Deere's new 9000 Series self-propelled forage harvesters.

The company has been releasing teaser videos online, which contain increasingly clear references to the forthcoming machines. Here (below) is one of the more recent examples.

This picture (below), albeit a 'low-resolution' photograph, apparently shows one of the new machines at a recent unveiling - in this case a 9700i. 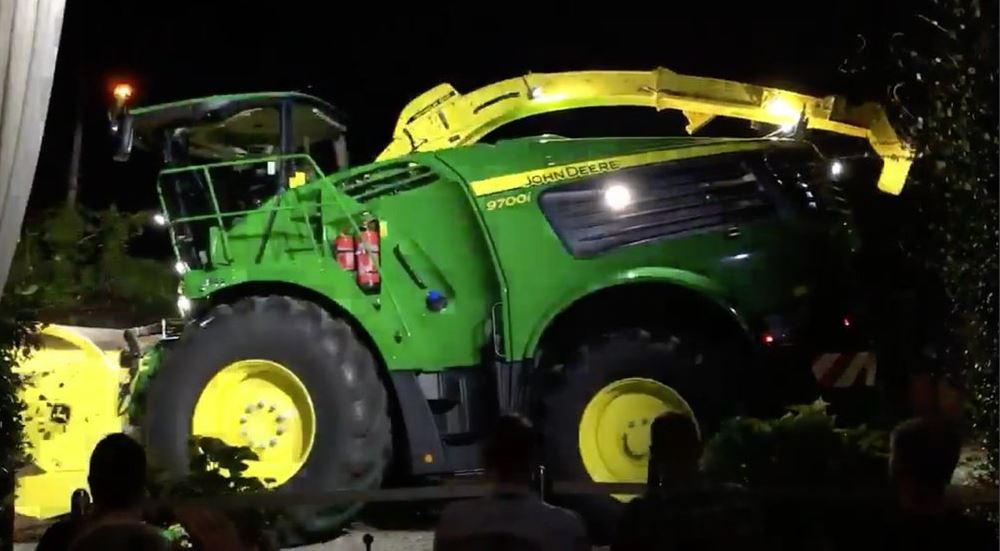 Some commentators had (quite some time ago) suggested that the company might opt for a twin-engine configuration for its new larger machines. It is now believed that even the most powerful offerings will be single-engine harvesters. 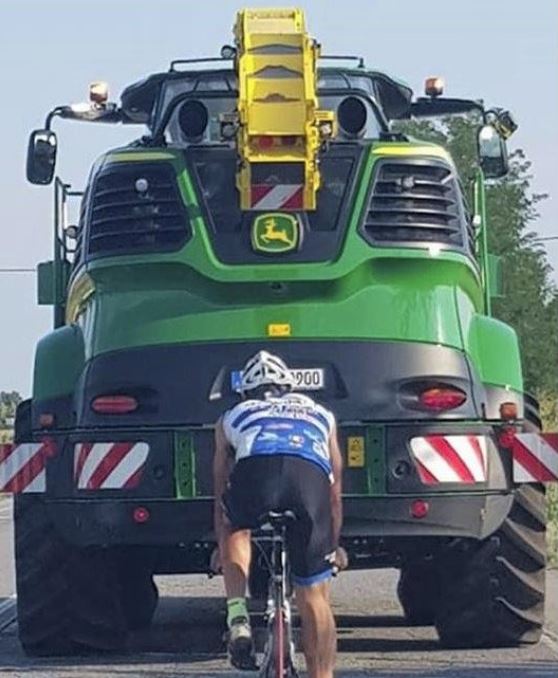 We don't yet have confirmation of exact power ratings. Will we see the 9000 Series max out at close to 1,000hp? Only time will tell.

In any case, it seems likely that the existing 8700 and 8800 models will be discontinued (as they will be replaced by the new 9000 Series machines).

Stay tuned to AgriLand for more details as they emerge…