More than 1,000 cases of African Swine Fever confirmed in Europe

Pigs huddling together six days after infection with virulent African swine fever virus. One pig on the left shows reddening of the pinnae of the ears

More than 1,000 cases of African Swine Fever have been confirmed across eastern Europe in the last four months alone.

Despite the large reduction in the number of ASF outbreaks in domestic pigs in Eastern Europe, there were still a further 110 cases confirmed last month. 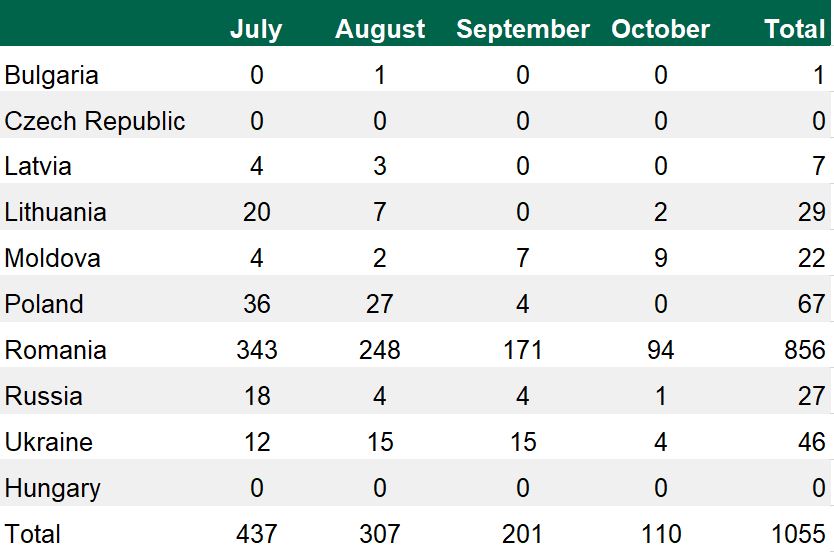 It also does not take account of the 124 cases reported by the Belgian Authorities in the Luxembourg region of the country, close to the border with France. So far the cases have been confirmed in wild boars within a forested area spanning nearly 80km².

It means the disease is still present across much of the continent - particularly in wild boar - and is still spreading.

A Government report published on Tuesday (October 6) explained that the risk, therefore, remains medium for the entry of contaminated or infected products into the UK.

The risk of exposure to the pig population in the UK is still dependent on the level of biosecurity on pig premises and is still considered to be low, although the situation is being kept under review.

A British Government report warned that as the weather gets colder over the winter, it would get more difficult to effectively disinfect vehicles and equipment. With the virus able to survive in cold temperatures for many
weeks this could be problematic for control measures. 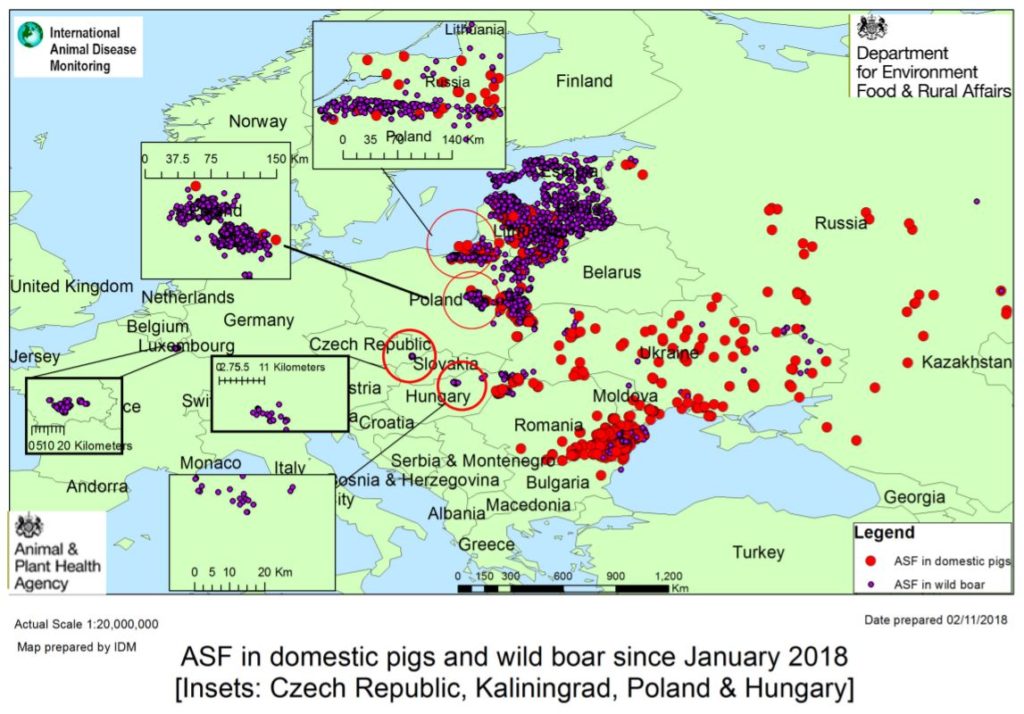 All pig keepers should be aware that visitors to their premises should not have had recent contact with affected regions.

Anybody returning from the affected EU member states should avoid contact with domestic pigs, whether commercial holdings or smallholdings, areas with feral pigs or wild boar, until they are confident they have no contaminated clothing, footwear or equipment.

Although mortality in infected animals is almost 100%, the initial rate of African Swine Fever spread in a pig farm can be slow. Therefore, the possibility should be considered even for single pigs with haemorrhagic lesions, lethargy, skin discolouration or petechiation and high fever.

Pigs suspected to be affected with African or classical swine fever must be reported immediately to APHA - please see Defra's website for more information.

Pink straw – could your eyes be deceiving you?