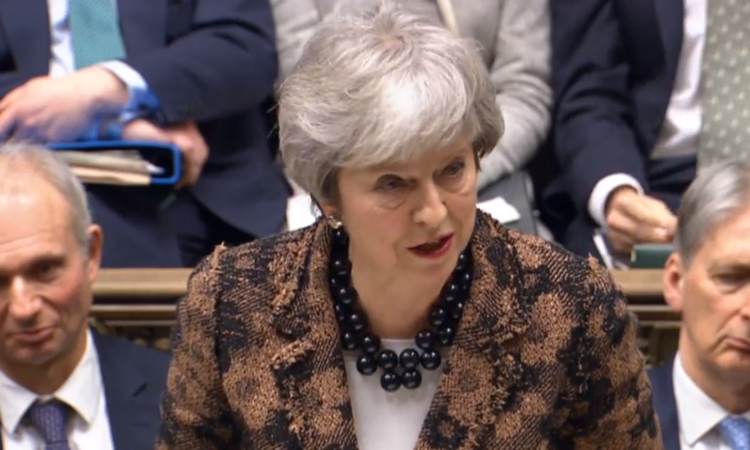 MPs will be given the opportunity to vote on ruling out a no-deal Brexit or delaying the departure of the UK from the EU, Prime Minister Theresa May has promised.

Speaking in the House of Commons earlier today (Tuesday, February 26), the Prime Minister made a statement on Brexit, offering MPs a “meaningful vote” on her Brexit deal by March 12, according to the BBC.

Should May’s deal be rejected in Parliament, the Prime Minister announced that she will allow votes on delaying Brexit and ruling out a no-deal scenario.

The BBC reports that she told MPs that, through this, the UK would “only leave without a deal on 29 March if there is explicit consent in the House for that outcome”.

The vote set to be held by March 12 will see MPs decide on whether to back the latest incarnation of May’s withdrawal agreement, including any changes agreed with the EU by that point.

Should this fail, on March 13 MPs will vote on two separate issues: the prospect of a no-deal Brexit; and whether or not to request an extension to Article 50 to delay departure day.

According to the BBC, the move is an attempt to avoid a defeat for the government on Wednesday, which would see MPs taking control of the Brexit process.

This follows the news earlier that the UK Labour parliamentary party has signalled its intent to put forward or support an amendment in favour of a “public vote to prevent a damaging Tory Brexit”.

At a Labour party meeting yesterday evening (Monday, February 25) party leader Jeremy Corbyn said that the party will back the Cooper-Letwin amendment to take ‘No Deal’ off the table.