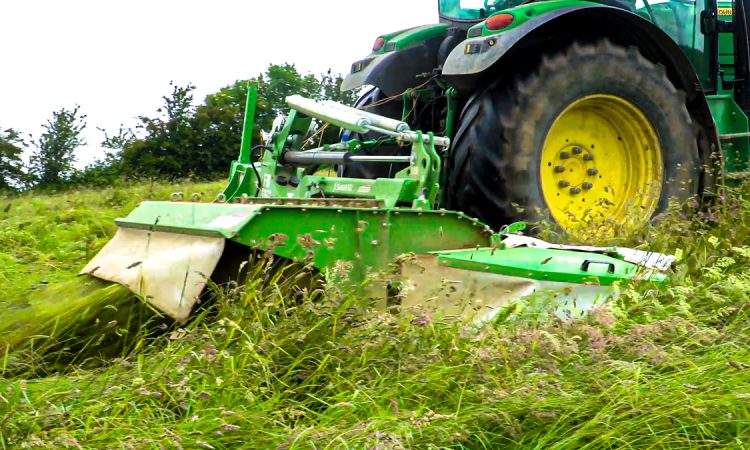 According to silage consultant Dr. Dave Davies, grass should be cut when it has a dry matter digestibility (DMD) value of 73% and multiple cutting is an added advantage to deliver better quality silage.

“This represents the best balance between protein content, sugar content and the ability to get a quick drop in pH once the forage is ensiled,” Davies explained at the second instalment of Alltech’s ‘Making Silage Sense’ webinar series.

“As grass matures, so does the sugar concentrations contained within the plant. However, lignin levels also build up as the grass plant develops. This impacts negatively on digestibility.”

“This approach will have a direct and beneficial impact on subsequent milk output and quality.

Where field operations are concerned, Davies advises a cutting height of between 7.5–10cm.

“Going below this height increases the risk of soil contamination of the forage,” Davies advised.

“Soil is a potent source of clostridial bacteria, which will quickly act to negatively impact on the quality of the fermentation achieved in the silo. Grass should be spread as soon as it is cut, to facilitate the wilting process.

“Too short a stubble will hamper subsequent regrowth. It’s also important to have the stubble acting as an elevated bed, which will allow the greater passage of air through the mown forage.

“Wilting is effected through the loss of moisture from the leaves’ stomata. As a result, leafier crops are easier to wilt. Stomata only remain open for two hours after cutting,” he explained.

Significantly, Davies questioned the principle of cutting grass in the afternoon and picking it up the following morning or up to 24 hours thereafter.

“Reducing the time required to wilt grass is a critical driver of silage quality,” he explained.

“It should be quite feasible to cut grass in the morning and have it ensiled later in the afternoon. The target dry matter of the silage is 32%.

“The reality is that grass does not wilt during the hours of darkness. However, it will continue to respire. This process converts valuable sugars into carbon dioxide [CO2] and water.”

According to the silage specialist, respiration can account for crop losses of up to 20% on a dry matter basis.

“Losses in the region of 10% should be regarded as an optimal figure in this regard,” Davies added. “Achieving this requires a commitment to reducing the time required to wilt the forage in the field and to ensure that the silo is compacted properly.

“The greater the level of compaction, the more oxygen is driven out of the silo.”

According to Davies, rapid filling and compacting of 15cm layers in the silo will deliver the highest levels of consolidation. In turn, this will encourage lactic acid fermentation, leading to a fast drop in pH within the clamp.

Chop length for a 32% dry matter silage should be in the region of 2.5cm.

Differential consolidation levels within the silo can lead to slippage problems.

“Ensuring that the silo is consistently compacted on the basis of a 15cm grass layer depth is critically important in this regard,” Davies commented.

Where inoculants are concerned, Davies strongly advises the use of those containing Lactobacillus Plantarum when it comes to making high-quality grass silages.

The final webinar in the Alltech ‘Making Silage Sense’ series will take place on Thursday, October 7.