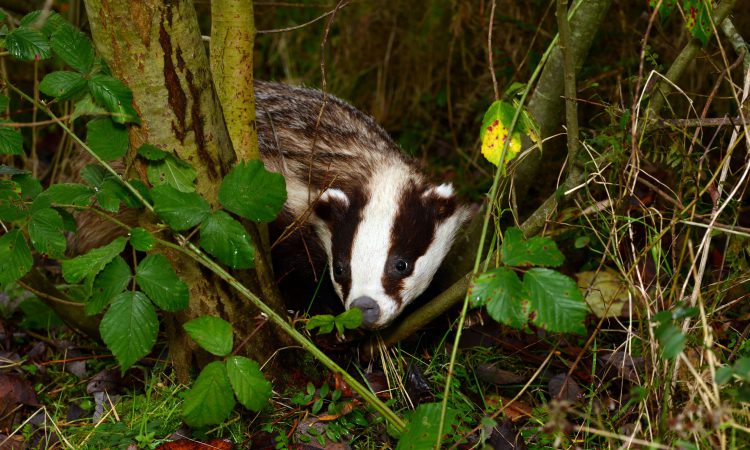 Unexpected variation in badger behaviour found by scientists may cause a rethink on impacts of bovine TB interventions.

New research has found the context of local badger populations can have significant impacts on their movement behaviour.

The study, which was led by Dr. Andrew Byrne of the Agri-Food and Biosciences Institute in Northern Ireland, suggests that ‘one size fits all’ interpretations of badger behaviour could undermine efforts to manage the risk of bovine TB.

Until recently, badgers were understood to have reasonably fixed group territories, especially in lowland pasture.

Disrupting these territories can make the situation worse, as infected badgers could roam and pass-on infection across larger areas.

However, recent research at AFBI has shed new light on how the species can exhibit a range of different movement behaviours across a large pasture-dominated landscape.

This raises the prospect that simple ‘one size fits all’ interpretations of badger group behaviour and territories could undermine understanding, and prove costly when trying to manage the risk of bovine TB.

To succeed in different places badgers adapt their behaviour. Populations in Spain, for example, are organised into small groups (around two to four badgers) that wander a lot without strong territorial boundaries.

The highest badger densities are found in southern England where large groups can form – sometimes up to more than 20 badgers – and can be tightly packed together into territories resulting in less flexible movement behaviour.

Researchers wanted to find out how badgers arranged their groups, and how this affected their movements across an agricultural landscape of 755km² in Ireland.

In collaboration with colleagues from the University of Oxford’s WildCRU (UK) and the Department of Agriculture, Food and the Marine (DAFM, Ireland), the project turned up a surprising finding – badgers over this landscape were not only “Irish-like” in their behaviour, but depending on how big groups and density were, they could also be “Spanish-like” and “southern England-like” too.

While the average density was lower than sites in Britain, some sub-populations had relatively high densities, where groups were big, and the frequency of movement low.

Other areas had lower densities, with much smaller groups that were more fluid in their social lives, making more visits to neighbouring burrows and beyond.

Dr. Byrne said: “It was not surprising to find variation in how badgers are surviving, and thriving, across the landscape.

“But it was how different some of these group movement dynamics were across one landscape that was our major finding – it was like seeing low-density Spanish or Belarussian badger populations within a few miles of high-density British-type populations in Ireland.”

Byrne explained that the findings will have implications for TB management.

“The upshot is that, interventions that seek to reduce the risk of TB transmission from wildlife, not only have to contend with very varied populations in terms of local abundance, but also how far and how frequently these animals move. And so, what might work in one area, may not be as effective in another area,” he said.

These results also affect the interpretation of previous TB badger culling trials that occurred in Ireland and Britain, where the size of the effects was vastly different between studies.

“It is fundamentally more complex than previously thought – we need better disease models to more clearly understand how interventions may differ in outcome depending on context.”