John Deere has been making headlines this week - thanks in no small part to the public unveiling of an autonomous (driver-less) tracked tractor in Spain.

It's not the first autonomous or semi-autonomous 'concept' tractor that the manufacturer has developed, but this unit is certainly attracting considerable attention.

The striking machine (pictured above and below) was reportedly shown at a John Deere dealer meeting, which took place in Valencia during recent days. 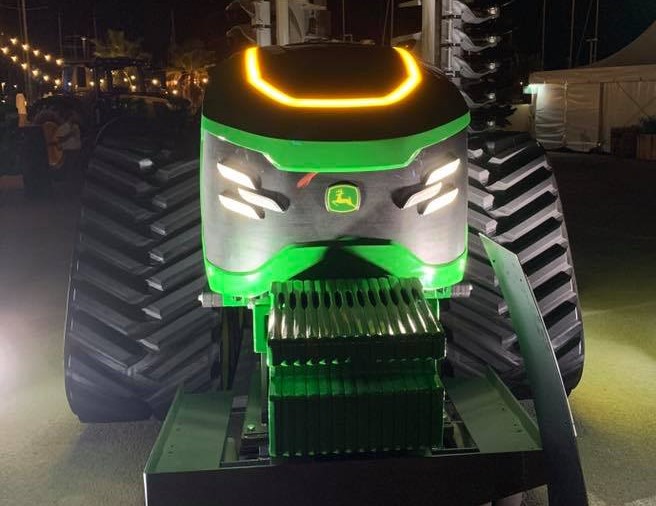 At this point, little is known about the machine. However, we do know that its rated (electric) power output is 500kW (approximately 680hp).

It's being touted as a "zero-emissions" tractor, though specific details of the power-train have not yet been revealed.

As ever, stay tuned to AgriLand for ongoing updates - as and when they emerge.

Last year, we brought you news that John Deere was testing a somewhat different approach to the notion of a driver-less tractor.

This machine (pictured below) is best described as an electrically-powered tractor that relies on an extension cord instead of an on-board battery. 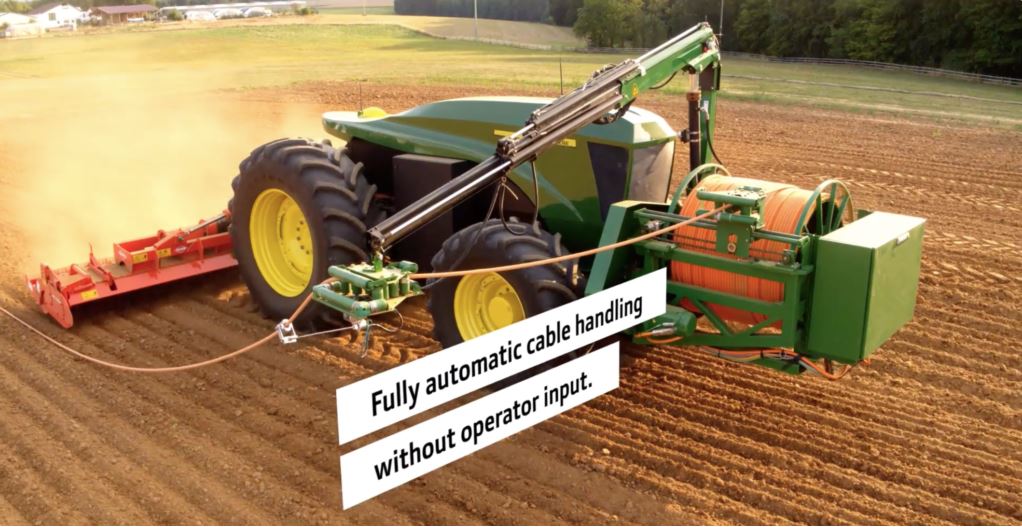 As is evident from the picture, the autonomous tractor does not need a traditional cab.

An automatic routing system is designed to ensure that the tractor does not trample its own power cable, when turning and manoeuvring in the field.

In other words, the front-mounted reeler is controlled automatically to ensure that the power cable is kept clear of the tractor (and any implement mounted on the back) at all times.

This cable feeds from the electricity grid.

According to Electrive.com, the machine was tested in the field for the first time last year by engineers at John Deere’s European Technology Innovation Center in Kaiserslautern (Germany).

The tractor is reportedly home to a 100kW all-electric drive-train; 200kW (electric power) off-boarding is available for implements on the rear.