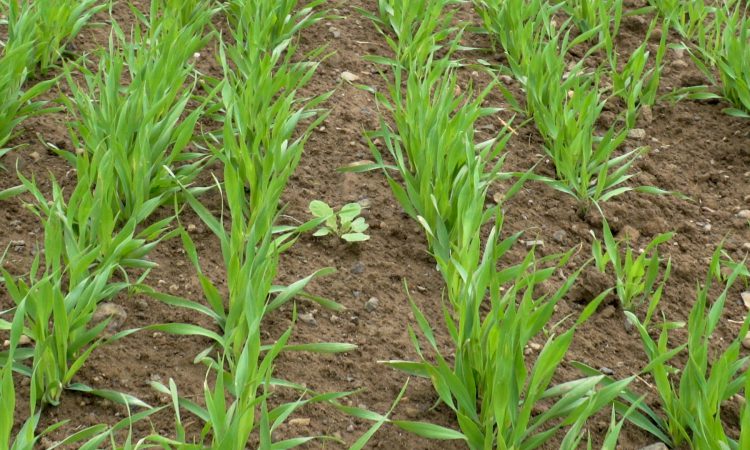 An international group of scientists and industry professionals, including Rothamsted Research, has launched an ambitious new project to combat weeds aimed at improved management of the most intractable species of weeds in the world.

The €2 million consortium is supported by €900,000 in industry sponsorships and matching funds from the Foundation for Food & Agriculture Research (FFAR), a research and funding organisation established by the U.S. Department of Agriculture (USDA).

Understanding how to combat weeds

As novel, non-chemical means to control weeds are sought, it is increasingly important to understand the genetic variation underpinning the traits that allow weeds to thrive and persist in agricultural environments.

Rothamsted Research’s Dana Macgregor, a weed molecular biologist and a leading researcher on the project said:

“It is clear that weeds cause significant damage, reducing crop yields and increasing agricultural costs, but our understanding of their biology, particularly their genetics, is so much less than what we have for the crops in which they grow.

“When talking about weeds, we can’t simply just transfer knowledge from better understood plants because the natural and anthropogenic selection pressures that drive weed evolution are very different than those acting on model, crop, or wild plant species.

“So the IWGC will take that important first step in generating knowledge about weed genomes, and with that knowledge comes an ability to understand why it is there and what it does.”

The planned whole-genome approach has been a long time coming, according to project director Todd Gaines, associate professor of molecular weed science at CSU’s Department of Agricultural Biology.

“When you think about weeds, what makes them great is they are adapted to the harshest situations,” Gaines said.

The consortium is now finalising a list of 10 weed species for which they will sequence complete genomes. In addition to the genomes, the team will create user-friendly genome analytical tools and training, particularly to serve early-career weed scientists.

As a key component of the partnership, agricultural biotechnology company KeyGene will develop a tool based on the company’s interactive genomics data management and visualisation system, called CropPedia.

The cloud-based tool will enable analysis of multiple genomes and access to many users at once, giving all partners the latest information in one place.

The genomics consortium will complete the 10 weed genomes within three years, in close partnership with sponsoring company Corteva Agriscience, which will provide the expertise and resources for gold-standard genome assemblies.

Corresponding annotations of these assemblies will be led by partners at Michigan State University.

Results and information will be shared via annual conferences and the first conference is planned for September 22 to 24, 2021 in Kansas City, Missouri, with in-person and virtual options.