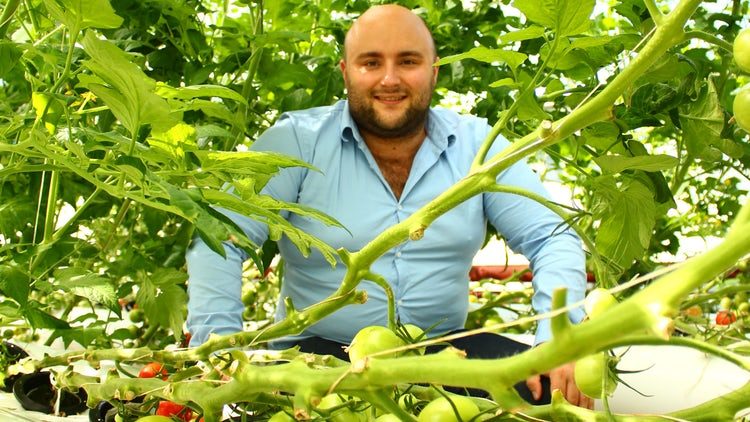 An award-winning high-yield farming system developed by a Cardiff University graduate is currently being trialled in Wales.

Entrepreneur and Cardiff University School of Engineering graduate, Adam Dixon, has teamed up with Aberystwyth University to grow 2t of tomatoes in a small greenhouse this summer, using his patented Phytoponics system.

Phytoponics is an agricultural start-up co-founded with Luke Parkin and born out of Adam’s hydroponic hobby.

The trial is designed to show investors the potential of the system, which produces high yields and uses 10 times less land and water than other agricultural processes, with no use of pesticides and herbicides.

The first harvest of Roma Returno tomatoes from the trial has been sold to local customers including chef Matteo Monacelli, from the Royal Pier, Aberystwyth.

Harvesting will continue into November with plans to upscale to a commercial-size pilot farm following completion.

Described as a ‘Jacuzzi in a bag’, the Phytoponics system rolls out and inflates to provide a safe haven for a range of commercial plants, from salads to vines, growing plants very fast.

Advertisement
The sealed unit delivers nutrient-rich water to roots through an integrated aerator whilst keeping moisture in, and pests out.

Adam said: “Taking a small 50m² greenhouse to grow 2t of tomatoes in six months is a great accomplishment, but I think in Wales and the UK we need to produce much more if we are to become self-sufficient in growing our own fruits and vegetables as a country.

“Wales has many agricultural challenges due to its difficult geography of mountains and saline soils. I believe there is a great opportunity for Wales to implement new advanced technologies including Phytoponics to tackle food security sustainably and become less reliant on imports.”

Phytoponics and Adam have already clinched a string of awards including Innovative Start-Up of the Year at the Wales Start-Up Awards 2017, UN Young Champion of The Earth for Europe 2017, and the Shell LiveWIRE Smarter Future Award 2017.

This year, Adam is one of three UN Young Champions of the Earth to be selected as a ‘Climate Trailblazer’ in the run-up to the Global Climate Action Summit, which takes place in San Francisco later this month.

The Climate Trailblazers have been chosen from around the world and reflect the global nature of the Global Climate Action Summit, which aims to bring together the best in international climate change action.

Adam, who has proved himself as an emerging voice with a passion for climate issues, has been chosen to represent Europe. 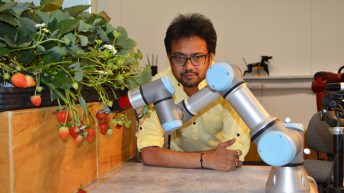 First fruit-picking robots could be ready in 5 months