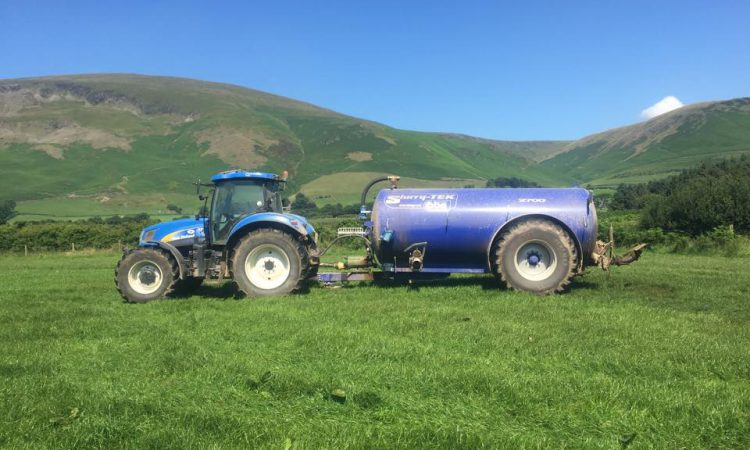 There were big promises made at Dundonald House as Northern Ireland’s first Agriculture Minister in three years set out his priorities for his term in office today, Tuesday, January 21.

There was much talk of a “common sense approach” to some of the biggest challenges but among the pledges most likely to prick the ears of farmers on the ground was the minister’s pledge to review the slurry ban.

The news comes almost exactly two years after AgriLand sparked fury among farmers in revealing that a Government-commissioned report by DAERA’s expert working group recommended ending the much-hated policy as far back as October 2016 only for the findings to be ignored.

Until last week’s breakthrough, the Northern Ireland Executive had not sat since January 2017 so there was no agriculture minister in place to respond to the criticism.

Also Read: End to slurry ban recommended in government report more than a year ago

At the moment, unless they have been granted a derogation, Northern Ireland farmers cannot spread slurry after October 15.

The closed period remains in place until midnight on January 31; 15 days after many parts of Ireland.

It’s 19 days later than some other parts of the island, making the nine Ulster counties the last part of the island able to spread.

The resulting situation means that many with livestock feel forced to spread in less-than-ideal conditions in a bid to meet strict calendar deadlines.

When asked by AgriLand if the slurry ban was an area the minister would review, he said he had “already made enquiries about it”.

“I don’t believe it has to be calendar-based. Personally, I think it should be based upon the ability of the land to take it,” Minister Poots said.

They flew in the face of research which had been done in Northern Ireland in terms of nutrient uptake.

“We are well through January and conditions have been suitable throughout this month. They may be far from suitable in February and in March when people will be doing it.

“The tanks will be sitting full, and they won’t have any choice. It’s not a logical way to do things, but it’s been a way which has been imposed upon us.

“We want to retain nitrates and phosphates them in the soil – we don’t want them in the rivers. The question is how we best do that.

“It’s a win-win. When we use dribble bar technology or a trailing shoe, the nutrients go into the soil as opposed to into the atmosphere. The consequence of that is that the farmer spends less on fertiliser,” he said.

“But if we want to do it quickly, and get quicker, then some form of assistance would help with that – and we will be looking at that.”

With just two years to go in post, the question will be whether there is time to deliver on such big promises.