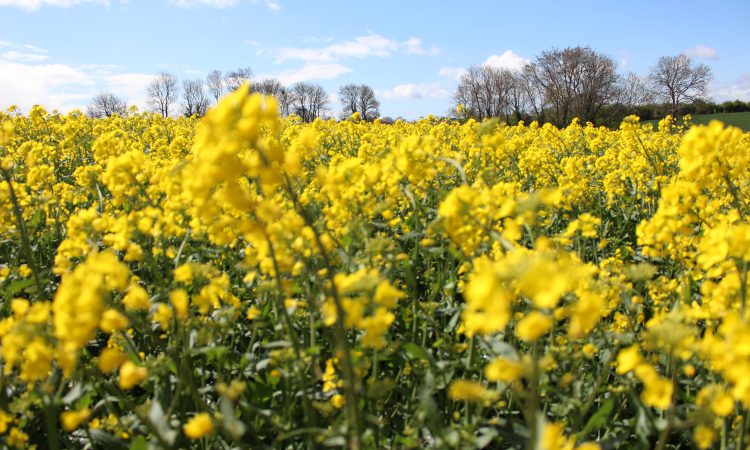 A variety of the fungus that will heighten the ‘Phoma’ disease threat on oilseed rape and other brassicas has been discovered in Europe for the first time. Specific sites have been identified in Southern England and Northern Ireland. The Plenodomus biglobosus ‘canadensis’ variant was discovered last spring on wasabi plants, marking the first time the disease has been found on the vegetable.

Another variant of the fungus, P. biglobosus ‘brassicae’ was also discovered infecting wasabi at a third site in the West Midlands. “DNA analysis of cultures taken from the infected plant confirmed the identification,” said Rothamsted plant pathologist, Dr. Kevin King.

Greenhouse testing then showed that both variants could cause disease not just on wasabi, but also oilseed rape, cabbage and pak choi.”

“To date, ‘canadensis’ has been reported from brassica species in Australia, Canada, China, Mexico and the US,” he added. “However, the present study extends the known geographic range of it, which now includes Europe, having been found in the UK at two geographically distinct sites. “Moreover, this study also represents, new discoveries for both ‘brassicae’ and ‘canadensis’ as causal agents of Phoma disease on wasabi plants, which previously was thought to be infected only by other variants in Canada, New Zealand and Taiwan.”

In recent years, there is evidence that P. biglobosus has become an increasingly problematic pathogen of UK oilseed rape (OSR) crops.

Advertisement
Previously, only ‘brassicae’ has been reported on European OSR, and Dr. King believes further work is needed to check whether this increase is as a result of the new ‘canadensis’ variant or down to recent varieties being more susceptible generally. “Additional monitoring surveys are now required to understand the geographic distribution of the P. biglobosus variants present in current pathogen populations, both on wild and cultivated brassicas from throughout the British Isles and continental Europe,” Dr. King concluded.
Download Our Free App
Northern Ireland Oilseed rape Rothamsted
Loading Next Story