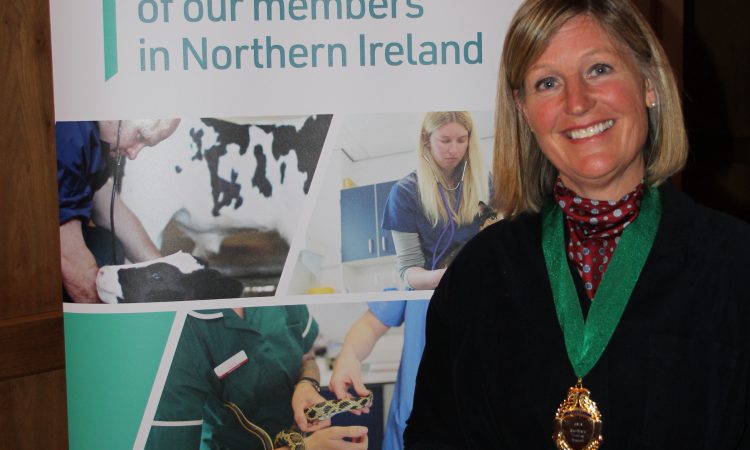 Cunningham is currently in small animal practice and has a broad and varied professional background including working overseas with the RSPCA small animal hospital in Hong Kong and earlier as a veterinary officer for the Department of Agriculture, Environment and Rural Affairs (DAERA).

She will succeed Aurelie Moralis in the role of president as Aurelie moves into the role of senior vice-president.

Cunningham was also elected as the incoming 2020 president for NIVA. NIVA represents the interests and collective voice of all sectors within the local veterinary profession which include practice, government, research, industry and academia.

On becoming president for both BVA NI and NIVA, Susan said: “I am positively honoured to be stepping into the role of president of both NIVA and BVA Northern Ireland Branch, and looking forward to the privilege of working for and further representing my fabulous veterinary colleagues.

“I came to NIVA council in 2015 with declared interests in the issues facing vets in a rapidly changing professional landscape, veterinary mental health, animal welfare, responsible medicine use, and the One Health Agenda.

During my time on council, I have learned so much more about the implications of Brexit, workforce issues and TB, and hope to bring some of this knowledge to the role.

“Every one of us has a part to play in shaping our future professional landscape. We need to stand together and keep looking at the bigger implications of everything we do as veterinarians, respecting one another’s opinions and differences of opinion, to advocate for our profession, our patients, the sectors we represent and serve, and for the planet.”

“Her varied veterinary background and experience in government and overseas already brings a wealth of knowledge to the team.

A strong voice for vets in Northern Ireland is vital, especially as Brexit negotiations and preparations put them at the centre of a shifting landscape.

“I know Susan will use her knowledge and skills to help contribute to these conversations and the NI veterinary profession as a whole.”

Susan Cunningham graduated from Cambridge University Veterinary School in 1991 and has spent a lot of her professional life in small animal practice.

She acquired early career experience working as a veterinary officer for DARD in North Antrim, before switching to small animals via the RSPCA hospital in Hong Kong.

She has maintained an interest in overseas work through volunteering with the Worldwide Veterinary Service. She joined the team as junior vice president last year. 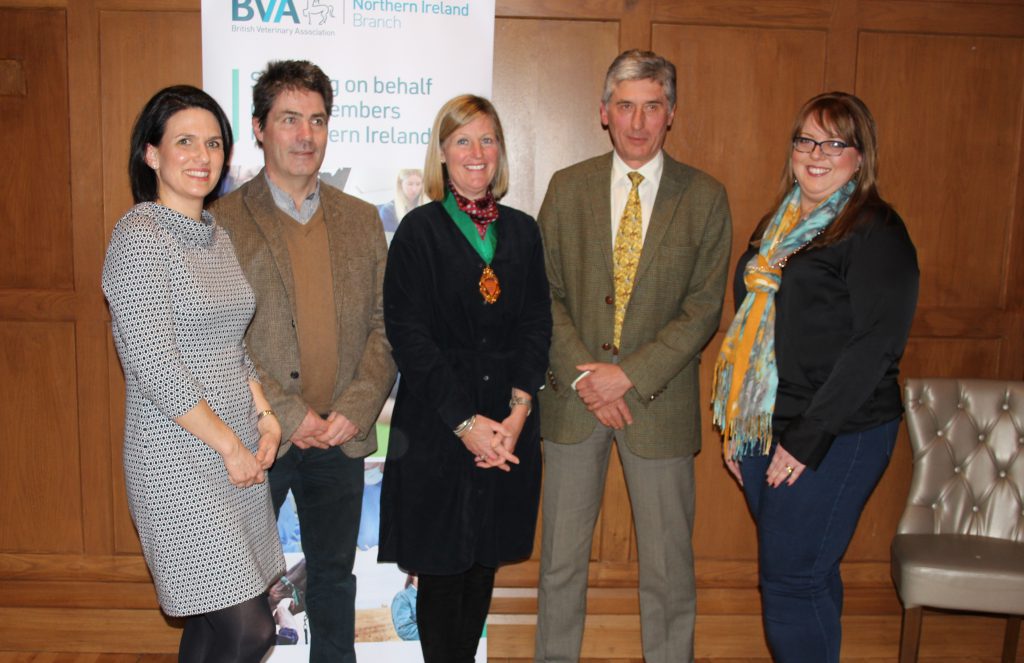 Little has been described as a ‘progressive’ veterinary surgeon and has been working as a veterinary nutritionist and technical manager for Trouw Nutrition Ireland in Belfast for several years.

As well as becoming a scholar with the Nuffield Farming Scholarship Trust, he has also completed a PhD researching the nutritional influences on immunity in the transition dairy cow, with studies conducted at Agri-Food and Biosciences Institute (AFBI) Hillsborough and Queen’s University Belfast.

Recently, the BVA Northern Ireland Branch has helped progress a range of issues, including responding to the DAERA ‘Draft Northern Ireland Animal Health & Welfare Strategic Framework’, engaging with the Ulster Farmers’ Union and chief veterinary officer and highlighting the implications of a ‘No-deal’ Brexit in national media interviews.