Slurry technology to ‘cut and dribble’ its way to the ‘Ploughing’ 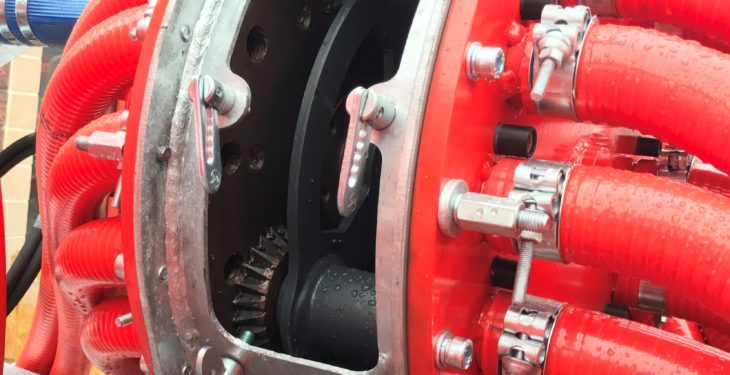 Mastek, an Irish manufacturer of low-emission slurry spreading machinery, is launching three new features for its range of Slurry Mate dribble bars and trailing shoes (including a new app) at the National Ploughing Championships 2017.

Mastek has spent the last five years designing what it describes as a “state-of-the-art” macerator, specially designed for the Irish market. It is dubbed the Supercut Macerator, according to managing director, Paul Quinn.

The new Supercut Macerator features six blades with “unique” V-shaped cutting teeth which, when rotating, will “shear long fibre and plastic” when it passes through the exit holes.

Each hose outlet has an independent one-way air valve, which allows air to enter into the outlet chamber of each outlet on the macerator.

Quinn explained: “We had serious challenges developing this macerator because of the large variation of contaminated slurry, with regard to plastic and long fibre from round bale silage”.

This product will be fitted to all future Mastek products by default; it is retrofittable to existing Mastek macerators.

The slurry equipment manufacturer will also launch a new anti-drip system that prevents slurry from dripping out of the Universal Dribble Bar when returning from the field (after emptying the tanker).

This is available as an optional extra on Mastek’s Universal Dribble Bar systems.

The Mastek SmartSpread – an app used to optimise slurry spreading accuracy – will also be launched at the National Ploughing Championships.

This iPhone app tells the operator what speed to travel at – to match the slurry requirements per acre.

The operator must have a flowmeter for this app to work accurately. The Mastek SmartSpread app is also in development for Android devices. 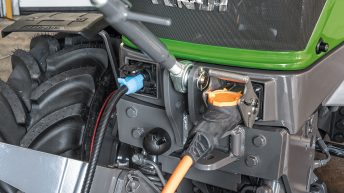 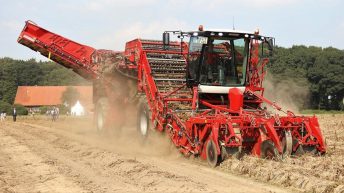