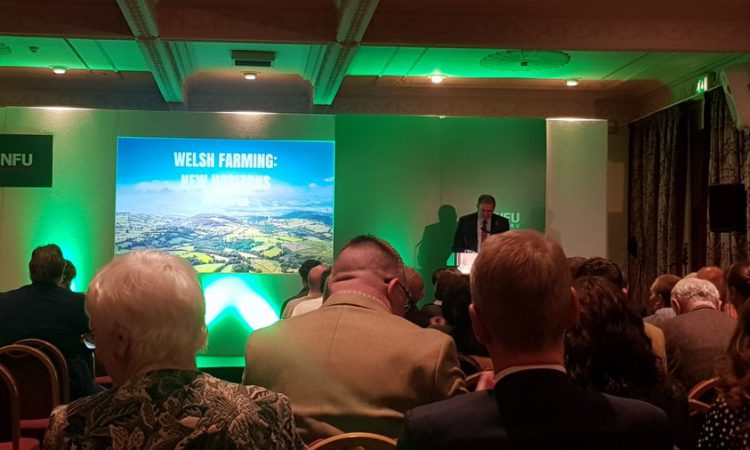 In a rallying call to the farmers and industry colleagues attending the NFU Cymru conference, NFU Cymru president John Davies has called for complete alignment between Government policies for the Welsh farming industry is to realise its ambitions for sustainable growth.

At the annual NFU Cymru conference in Llandrindod Wells on Thursday (November 7), Davies urged the Minister for Environment, Energy and Rural Affairs, Lesley Griffiths, to put this theory into practice by ensuring that future policy protects farmers’ important core role as food producers, alongside the protection and enhancement of Wales’ natural resources.

The conference, which comes a week after the UK’s Brexit deadline was once again extended, also saw Davies reiterate NFU Cymru’s opposition to a ‘No-deal’ Brexit outcome.

He said: “Over the course of this past year, there have been many organisations, high profile individuals and some in the media who have sought to knock much that we hold dear. Let me be clear that what they portray is far removed from the reality of Welsh farming.”

“Our poultry, arable and horticulture sectors play a smaller, but equally important role, in ensuring that Welsh farming makes an unparalleled economic, environment and cultural contribution to Wales,” he said.

“As an industry, we are clear there is more that we can do. Our aspiration to reach net-zero greenhouse gas emissions for agriculture by 2040 is just one statement of our commitment to the environment and addressing the big global challenges we all face,” he said.

This will require a portfolio of policies and practices all working in combination to facilitate making our farming systems more productive and efficient alongside maintaining and enhancing carbon storage in our farmed environment and boosting renewable energy and the bio-economy to avoid emissions from fossil fuels.

“Future policy must secure the continued supply of safe, nutritious, high quality and affordable food, as well as providing stable farm incomes and rural vitality alongside the protection and enhancement of our natural resources.

“This can be achieved through a policy built around our three cornerstones of the environment, productivity and stability. A policy that ensures that future support is targeted at the active food-producing family farming business.”

Touching on the ongoing uncertainty about the UK’s future trading relationship with its biggest trading partner, the European Union, Davies added: “Whilst the Brexit timetable may have changed the options remain the same. Will we leave with a deal, ‘No-deal’, or will there be no Brexit at all?

“I want to be absolutely clear that at NFU Cymru we maintain that if we are to leave the EU then it must be in an orderly fashion securing continued free and frictionless trade to our most important export markets in the EU.

“I also want to be clear that our standards are not up for negotiation. The Welsh food and farming industry and the high standards of production that we adhere to cannot be sacrificed as part of the quest of any future UK Government to prove that they can secure a quick and easy free trade agreement.” 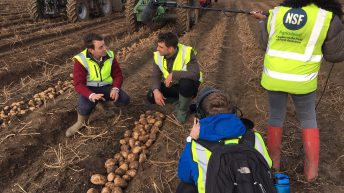