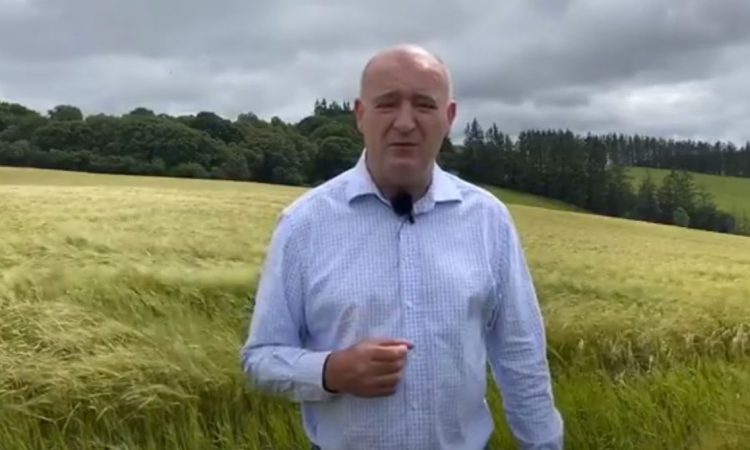 Ahead of the virtual Royal Welsh Show next week, NFU Cymru president John Davies has produced a special video message assessing the current and future opportunities and challenges for Welsh agriculture.

While the Covid-19 pandemic has meant that the Royal Welsh Show will only run in an online capacity this year, the union still plans on running a series of seminars.

Acknowledging that things were going to be “slightly different for the best show in the world” this year, Davies wished show president Harry Fetherstonhaugh and the Clwyd team all of the best ahead of the virtual event.

“We look forward to it being a proper show next year where we can meet all our friends once again,”  Davies said.

“Covid has brought many challenges to all of us and our thanks go out to the NHS and our frontline workers,” he said.

“I thank you, our members, for ensuring the nation continues to be fed safe, healthy food. That has been a challenge early on in the crisis, particularly in the dairy and beef sectors and we have seen some in the supply chain take advantage.

“Thankfully we’re working through that and together we’re promoting what we produce. We need to make sure we keep building on that work.”

Davies also used his address to thank the one million people who had signed the NFU’s food standards petition.

The volume of signatures showed the strength of feeling across the country when it comes to the UK’s high standards of animal welfare and environmental protection and the public does not want to see these standards undermined by products of inferior quality from other parts of the world.

“We’re pleased to be a part of the new Trade and Agriculture Commission and obviously there is a lot of work to be done. It’s absolutely vital that all future trade deals have proper parliamentary scrutiny,” he said.

“We are engaged in this process and we are absolutely focussed on making sure we get the right policy going forward.”

Davies stated that Welsh Government’s ‘Sustainable Farming and Our Land’ proposals needed to ‘mesh’ with the Sustainable Brand Values programme to ensure Wales’ credentials as one of the most climate-friendly food producers in the world are rightly recognised.

He added: “We’ve got a great story to tell here in Wales. We’ve got a fantastic shop window to show that in the Royal Welsh Show over the next few days, and the next few years going forward. It’s vitally important that people know what we produce and how we produce it.” 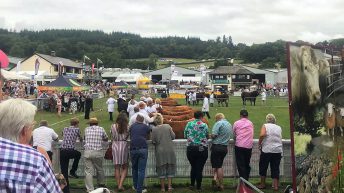