The National Farmers’ Union (NFU) Cymru is inviting its membership across Wales to join its virtual national hustings event on Wednesday, April 28, at 7:00p.m, ahead of the Senedd elections on May 6.

The event will give members the opportunity to hear from the candidates about their respective parties’ policies for agriculture, and will allow members to ask questions on the issues that matter to them.

Candidates currently confirmed to attend the event include:

NFU Cymru president, John Davies, said: “Welsh agriculture is currently going through a time of great uncertainty, but with this comes great opportunity.

“Leaving the EU has meant that we can create agricultural policies made in Wales, for Wales.

These hustings events will allow us to question the candidates and understand their vision for the future of farming in Wales and to see how well their policies match our key asks within our manifesto.

“We would encourage members of the farming community to take up this opportunity to pose questions to those that seek to represent them in the next Welsh Parliament,” he concluded.

NFU Cymru has produced a manifesto ahead of the Senedd elections to emphasise the importance of agriculture within Wales, and the clarity the sector craves on future policies.

The virtual lobbying document features video case study contributions in English and Welsh from across the country, and outlines the aims and aspirations of Wales’ farmers and rural communities. It can be found on the NFU Cymru website. 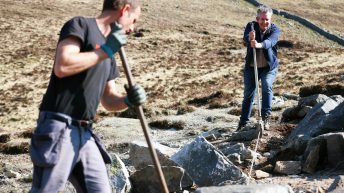