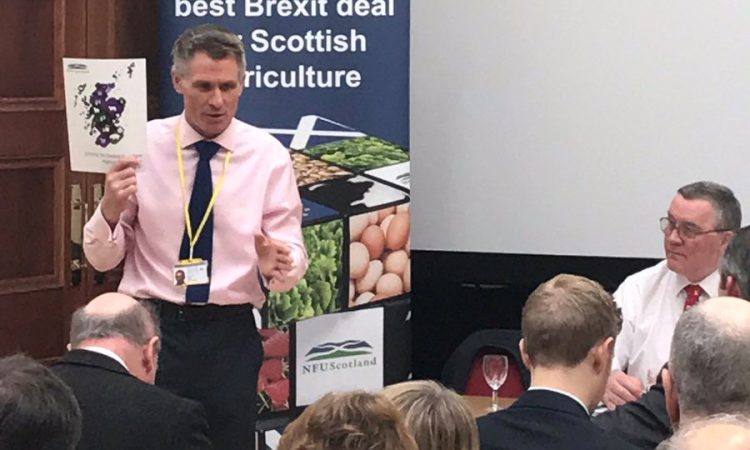 The opportunity for change within the agricultural industry post-Brexit was the focus for NFU Scotland as it attended the Scottish Liberal Democrat Conference on Friday (February 22).

NFU Scotland made a pitch for food production and environmental delivery to be front and centre of the new Scottish agricultural policy after Brexit as the key drivers underpinning the rural economy and wider food and drink industry.

In the last two and a half years, NFU Scotland has attended the conferences of the main political parties to gather support across party lines for its proposals for a new ‘Steps to Change’ agricultural policy post-Brexit.

With the devolved government now committing to introduce a Scottish Agriculture Bill to Holyrood in the coming months, the union set out to the Scottish Liberal Democrat Conference what it wishes to see from the Bill.

In recent months, the Scottish Government has accepted Liberal Democrat amendments to important debates on this Bill and agricultural policy – providing NFU Scotland with a good pathway to engage cross-party MSPs on its priorities for future legislation.

NFU Scotland will hold similar discussions in the coming weeks as it attends other party conferences and regular meetings with MSPs and policy-makers.

Speaking at the fringe event, NFU Scotland said that the future Scottish Agriculture Bill must:

It is the view of NFU Scotland that a new agricultural policy built on these principles would have multiple outcomes – not just for Scottish farmers and crofters, but the environment and rural communities which they underpin, and ultimately the wider food and drink supply chain which is a key driver of the local economy.

NFU Scotland president Andrew McCornick, who chaired the fringe event, said: “We were pleased to hold this event with the support of Mike Rumbles MSP as NFU Scotland continues its strong engagement with parliamentarians on its priorities for future agricultural policy in Scotland post-Brexit.

“With the Scottish Government now confirming it will take a Scottish Agriculture Bill through the Scottish Parliament, it is vital NFU Scotland continues to work closely with policy-formers to ensure it allows Ministers the right powers to design and implement a new agricultural policy that is genuinely fitting to the unique needs of Scottish agriculture.

“NFU Scotland has spent a lot of time and resource on the UK Agriculture Bill process which is happening in tandem.

NFU Scotland remains alive to the fact that, even though Scottish Government will introduce a Scottish Agriculture Bill, the UK Bill also remains highly relevant to the interests of Scottish farming and crofting – particularly with regards to future financial and regulatory frameworks, measures for the supply chain, and the long-standing issue of red meat levy repatriation.

“Our attendance at the Scottish Liberal Democrat Conference is just part of an extensive programme of engagement NFU Scotland continues to roll-out with politicians, parties and policy-makers in both Holyrood and Westminster to press our members’ interests.

“Next week NFU Scotland will return to Westminster where it will meet cross-party MPs, HM Treasury, Defra officials and key Committee chairmen to make a strong case for Scotland’s interests in Westminster.” 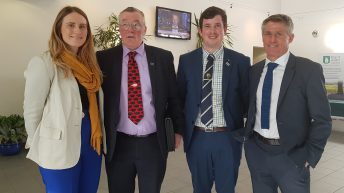