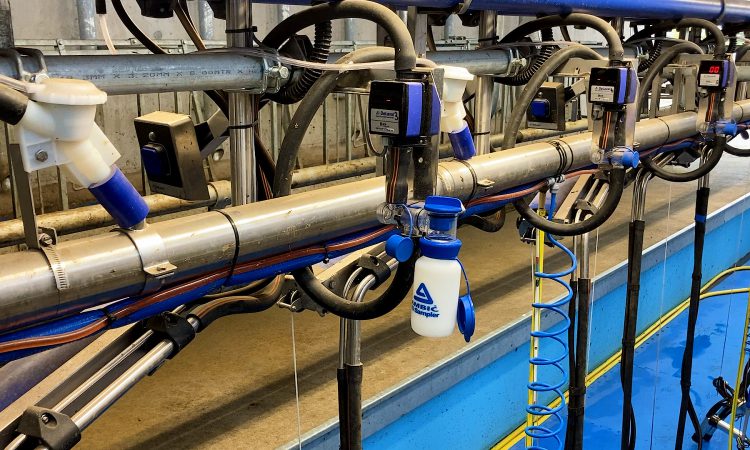 Northern Ireland’s dairy industry would have to be slashed back to production levels last seen in 1946 in order to achieve net-zero ambitions.

Speaking at the latest Agriculture Committee session, Dairy Council for Northern Ireland chief executive Dr. Mike Johnston warned the region’s most productive and successful agricultural industry would be reduced to little more than a “cottage industry”.

The Dairy Council represents both the region’s 3,200 dairy farmers as well as milk processors.

The industry is said to be worth almost £1.5 billion annually, with Northern Ireland dairy produce sold to more than 80 countries.

However, speaking to Agriland, Dr. Johnston explained that in its current form the bill would require the industry would be reduced to just 250 million to 300 million litres a year. It compares to the 2.4 billion litres the industry produced in 2020.

‘Net-zero would bring NI milk production back to 1946 levels’

Johnston told MLAs: “The initial assessment we have had is that the impact would mean the scale of the Northern Ireland dairy sector would have to reduce to a level of milk production output we last saw in 1946 – let that sink in.

The evidence we have finding is that the scale of production we would have to have in the Northern Ireland dairy sector would result in levels of milk production we last saw in 1946 – that’s why I say cottage industry. This bill would be taking us ‘back to the future’.”

He told MLAs the dairy industry accounted for one in five local farming jobs and accounted for and a third of agricultural output in the region.

“Since 1990, the Northern Ireland dairy sector has reduced fuel and electricity emissions by around 70%, manure emissions by 27% and enteric fermentation emissions by 30%, and the sector has increased milk production by 50%,” he said.

Johnston said it was a “source of frustration” that no impact assessment was required for a private member’s bill, adding that it was “not a tool fit for purpose” for legislation with such expansive impacts.

He concluded that MLAs would not allow such an instrument to be used to make changes to the region’s health service.