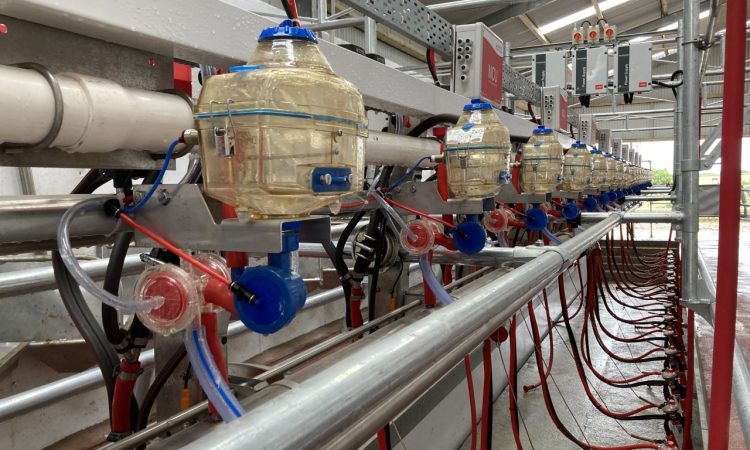 Northern Ireland milk buyers are tickling the 30p/L mark with marginal increases across most of May’s base prices.

The latest department figures show the average amount paid for April (including retrospective bonuses) was 30.57p/L – almost a quarter higher than the 24.56p/L paid the same month last year.

Over the first four months of the year, the volume of raw milk produced hit 887.25 million litres, 4.1% higher than the same period in 2020.

Base prices for April milk in Northern Ireland have been announced as follows:

Dale Farm remained in top place with its 29.8p/L base price. The price, which includes a 0.3p/L loyalty bonus, was the same as the amount paid for April’s month. A spokesman for the firm said it equates to an average price of 30.46p/L based on average quality milk.

Lakeland Dairies‘ overall price for May is 29.2p/L. It’s been billed as a 1.2p/L increase, technically the biggest increase of any of the ‘Big Five’ this month. However, it’s important to note 1p/L of this is made up by replacing the 1p/L ‘unconditional bonus’ that was brought for February’s price.

In real terms, it means a 0.2p/L increase on the base price paid last month.

Even more positively, the co-operative has a positive outlook for dairy markets, with a spokesperson for Lakeland Dairies saying there was currently a “reasonable level of stability”.

“European milk supplies have been restricted due to a prolonged period of colder weather to date and this is serving to maintain a level of balance in supply and demand.

“While global dairy prices remain prone to fluctuation they are holding steady for now.

“Demand for food ingredients is recovering on a post-pandemic basis but this is not yet consistently the case across all markets. In the foodservice category, it remains to be seen if there is latent demand from consumers to return in large numbers to the foodservice and quick-serve markets as countries worldwide continue a cautious reopening including ongoing vaccination programmes,” the spokesperson said.

The Global Dairy Trade (GDT) index has recorded a slight drop to mark five consecutive decreases over the last two months in its latest auction.

The most recent tender, event 286, which took place on Tuesday, June 15 with the GDT Price Index down 1.3%.

Closer to home, the latest Dutch Dairy Auction on Wednesday (June 23) saw prices start to stagnate after a few months of record-breaking prices.

However, whey powder fell €30 in the last auction. However, its previous price (€1,010/t) was the highest price in more than three years.