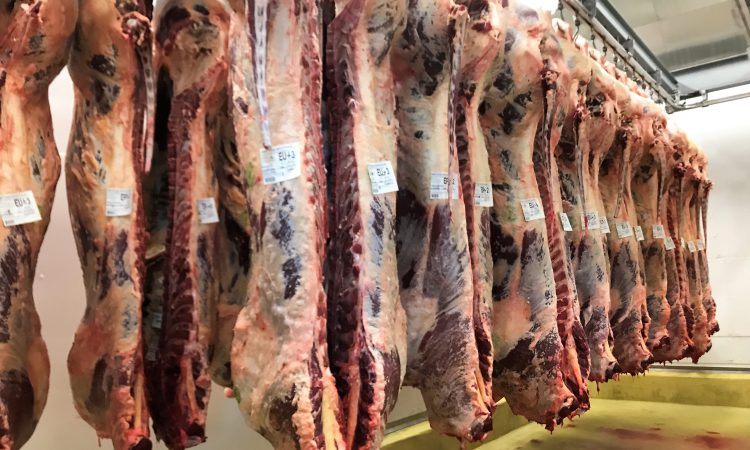 The Ballymena firm revealed to have imported beef from Poland for sale in Northern Ireland butcher’s shops has refused to rule out bringing in further imports of the cut-price meat.

AgriLand asked Doherty & Gray how much beef was imported from Poland and how many shops it has been supplied to. As well as if the firm was planning to import further consignments of Polish beef.

However, Doherty & Gray declined to answer both questions – even after they were put to the firm a second time.

The issue came to light this morning (April 17) after the Ulster Farmers’ Union said several members had contacted officials with concerns Polish beef was being sold in butcher’s shops locally.

It comes just two weeks after farmers slammed ABP for importing 400t of Polish beef for sale in Asda and Sainsbury’s stores in Britain.

Despite beef seemingly flying off shelves at higher prices, producers have been baffled when farm-gate prices remained low.

Beef markets have continued to slide across the board this week.

The latest Livestock Meat Commission (LMC) market briefing (published on April 15) showed prime cattle base quotes have fallen by a further 2-6p/kg. However, hogget prices have recovered slightly over the last week.

In a statement, a spokesman for Doherty & Gray said the firm “had and always will support” Northern Ireland farmers and their high-quality produce.

However, in the same letter, the firm confirmed that it would continue to import beef and pork.

“The company slaughters and processes a large quantity of local Northern Ireland beef cattle, which is supplied to many of Northern Ireland’s high-quality butcher’s shops and retail outlets,” it read.

All these products are clearly identified and sold as product from the country of origin.

“In 66 years of business, Doherty & Gray have always prided themselves in supporting and promoting the high-quality local produce supplied by Northern Ireland farmers.

“Doherty & Gray have discussed this matter with the Ulster Farmers’ Union and would like to refute their claims that our company has disregarded local farmers.

“Doherty & Gray would like to assure our local farmers that we will always endeavour to give the best prices for the local livestock.”