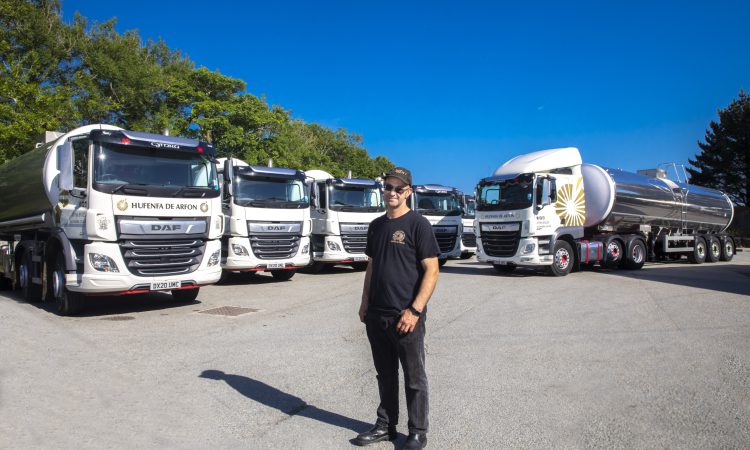 A North Wales creamery has invested £600,000 in new low-emission lorries in a bid to reduce the firm’s carbon footprint.

South Caernarfon Creameries has replaced four of the oldest lorries in its 13-vehicle fleet. The new 32t eight-wheelers emit 7% less carbon emissions than their older counterparts.

With the cooperative’s 135 independent suppliers stretching across North and Mid Wales, the SCC milk collection run covers an average of 60,000 miles a year – a thousand miles a week.

Transport manager Dylan Owen said: “They couldn’t have come in at a better time – at the height of our year when our farmers’ cows are out to grass and milk production levels are at their highest.

“You’re talking narrow rural lanes, rough terrain and compact muddy farmyards. We need vehicles which can negotiate these specialised conditions and the DAFs provide what we want.

The carbon emissions of the new DAF trucks definitely guarantee lower carbon emissions, 7% less than the older models because they have the very latest engines which adhere to the stringent, highest standard, government-backed Euro 6 engines emissions guidelines.

“They are also fitted with Adblue systems, which involve spraying emissions with a liquid solution of which transforms nitrogen oxides emissions into harmless substances.

“It means easier, smoother manoeuvring in small spaces and the positively steered rear axle also reduces the risk of damage to farmyard surfaces which is a plus point for our drivers and our farmer members. The drivers have already commented on what a big improvement they are.”

The investment continues a decade of expansion and improvements for South Caernarfon Creameries, which is Wales’s oldest dairy farming co-operative, having been based on the Llyn Peninsula in Chwilog near Pwllheli since 1938.

Last year, saw it achieve a record £52.9 million in sales for its range of award-winning dairy products, while total sales have increased by 60% over two years. The sales growth follows a £13.5 million investment in updating and expanding production and packaging facilities. 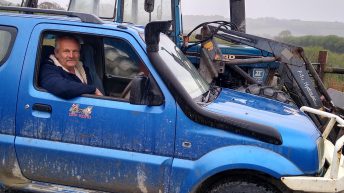