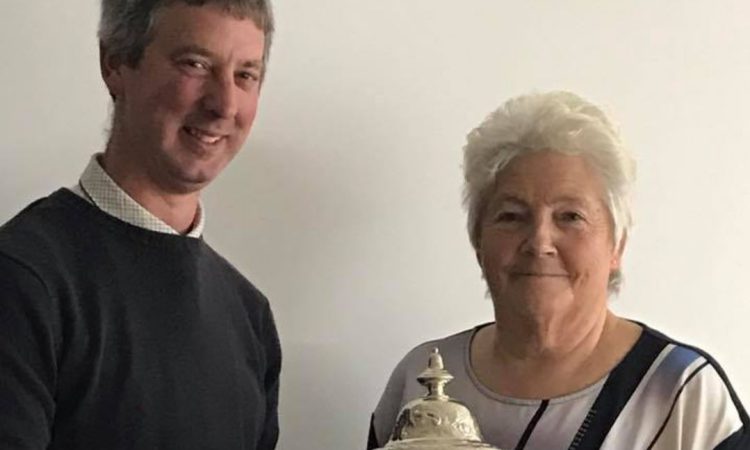 A Northern Ireland dairy farm has been named the winner of a new UK-wide award for the best British Friesian herd of the year.

Castledale herd, which is owned by Gordon and Gavin Stockdale and family from Lecale, Co. Down, has been named the first British Friesian Herd of the Year.

The Stockdale family have farmed in the area since the 1600s; however, it wasn’t until the 1950s that British Friesians were introduced onto the farm by Gordon’s father Tom.

AI was used from the 1960s onwards which was driving the herd forwards. In 1997, when Gordon’s son Gavin returned home from college, the herd was registered as pedigree under the Castledale prefix; classification and milk recording were also introduced.

The Stockdales have always believed that the backbone of any herd is based around good cow families who will reliably breed quality stock for generations. The herd currently comprises 150 British Friesians and includes 69 EX (including 6 EX95 and 10 EX94), 41 VG and 2 EX bulls. As of 2020, the herd was yielding 7,514L, with milk solids of 4.55% fat and 3.45% protein.

Holstein UK chief executive Sue Cope commented: “The British Friesian Herd of the Year Award recognises the most outstanding British Friesian herd based on a combination of both classification and production.

“I would like to congratulate the Stockdale family on being announced as the first winners of this brand-new award. It is a fantastic achievement in recognition of their hard work and dedication to the British Friesian breed.”

How is the Friesian herd of the year decided?

The new award recognises the top-performing British Friesian herds based on a combination of classification and production.

As part of the scoring system, purebred British Friesian females (Breed Code 20), bred and owned by the member, that have finished two lactations and calved within the last two years, are allocated points according to their performance.