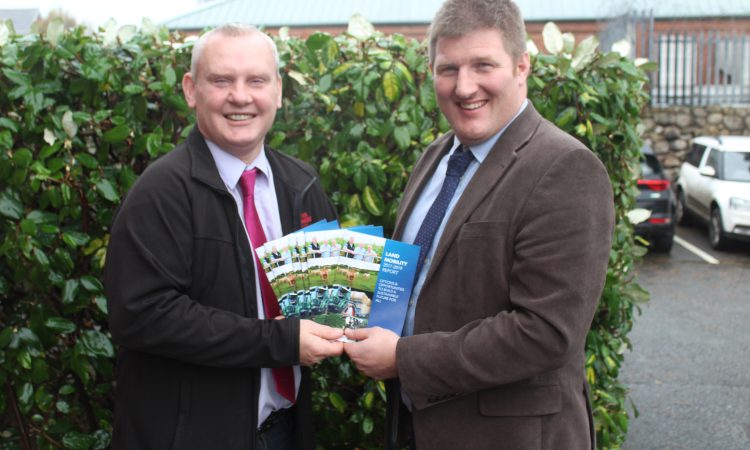 Northern Ireland’s Land Mobility Programme has moved into its second phase. It follows a two-year pilot, during which 28 ‘arrangements’ have been made.

The land mobility initiative, modelled on a similar scheme in the Republic of Ireland, has aimed to develop a culture of generational change and longer-term land leasing in Northern Ireland by helping farmers find successors and creating opportunities for new entrants.

To mark the end of the two years, a report explained that plans had been made for a total of 4,500ac of ground. The average farm size involved was 161ac.

John McCallister, the man in charge of the programme, said: “Almost 90% of arrangements are still in place. Contract heifer-rearing accounted for 25% of the agreements put in place. The average age of farmers was 60, while the average age of the partners involved was 37.

In terms of gender, 86% of the farmers involved are male. The equivalent figure for partners is 93% male. Co. Down has the highest uptake of the scheme with 24% of the arrangements finalised being centred in that area.

Phase 1 saw the programme get up and running with all funding provided by the department.

Phase 2 of the programme will, again, be coordinated by the Young Farmers Clubs of Ulster (YFCU) in conjunction with the UlsterFarmers’ Union (UFU).

However, it will bring in new industry partners and use their regional networks to reach out to more farmers.

It will also see a new personals-style page set up on the Young Farmers’ Clubs of Ulster website to facilitate matches between farmers and younger, potential partner farmers.

Funding will be provided by the Department of Agriculture, Environment and Rural Affairs (DAERA), the Prince’s Countryside Fund and agri-food sector sponsors.