When Portglenone farmer Damien Mc Allister was sowing a pollinator strip as part of an environmental scheme, he certainly didn't think it would attract visitors from across Northern Ireland.

Damien and Eamon McAllister are cattle and sheep farmers from outside Portglenone, Co. Antrim, and are involved in the Environmental Farming Scheme (EFS).

As part of the scheme, Damien opted to sow a 10m annual wildflower pollinator margin.

Damien explained to AgriLand: "There was about an acre planted in all. When the strip was sown it left a 2ac square in the middle, so we decided to sow the whole field in sunflowers."

The sunflowers were sown in the first week of May and now the plants range in height from 5-7ft.

Damien's plan for the sunflowers is to leave them available in the field for the birds to eat over the course of the winter. 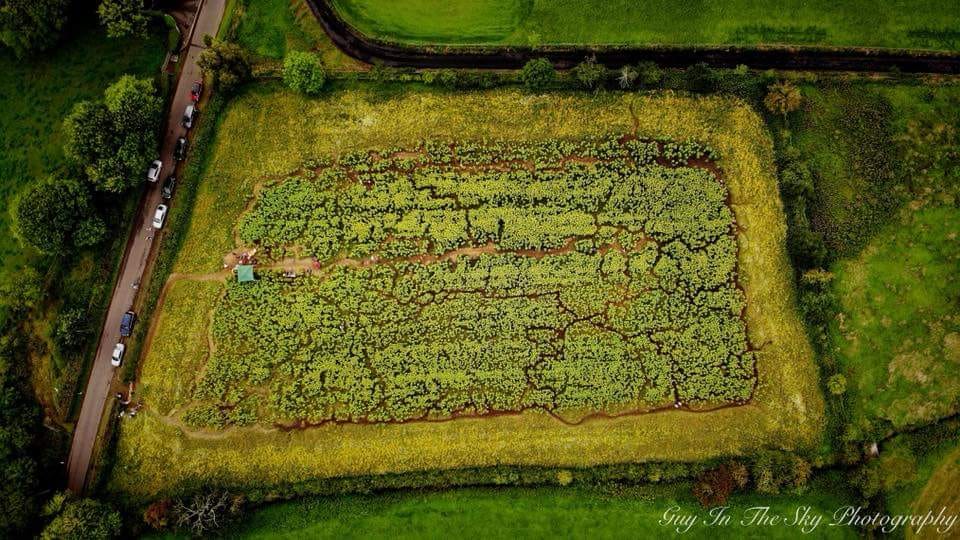 According to Damien, the purpose of the strip in the EFS is to encourage pollinator species of insects such as bees and butterflies to flourish on the farm.

He added that the local beekeeper association told him there are bees travelling up to 3 miles to get to the crop.

"Every farm should have a strip," remarked Damien.

If you seen the amount of wildlife in this field, its just unreal. Who would have thought people would come to see a few sunflowers.

"I didn't plan to open it to the public until people started coming to see it. There's three full-time staff dealing with the manic of it,' he added.

Damien opened the field for a weekend as a wildflower walk, the sunflowers were only beginning to bloom out at this stage, he added.

"I closed it on the Sunday night and then Monday morning there was people lined up again to see it."

Damien works with DLF seeds and is based in the northern region of the country. DLF is an international supplier of grass seed and other crops. The company has its headquarter in Roskilde, Denmark.

No-Deal Brexit: It could be easier to export to China than the EU