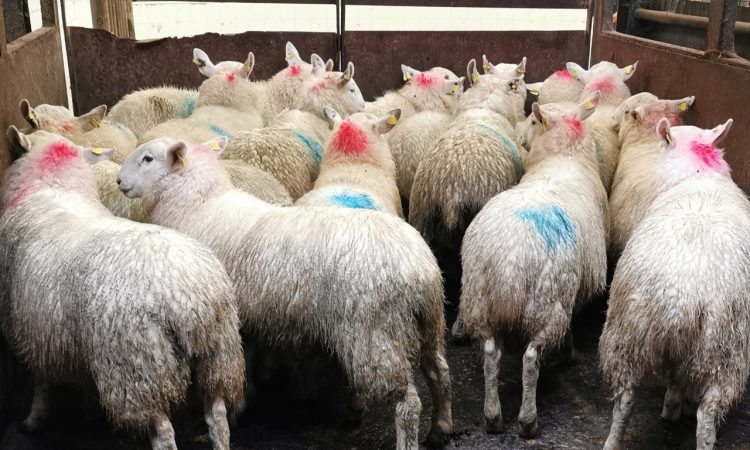 The sheep trade in Northern Ireland (NI) continues to strengthen with lamb prices between October 30 and November 30, increasing by 52.6p/kg.

Like what is being in the south, lamb prices have been enjoying week-on-week increases over the last number of weeks.

The Livestock and Meat Commission (LMC) said that quotes for last week ended on 565-570p/kg up to a carcass weight of 22kg with quotes expected to be the same now, at the start of this week at 570p/kg.

Looking at throughput in NI plants last week (week ending November 13) 8,573 lambs were processed – which was back 697 head from the previous week.

While 7,389 head lambs were exported to the south for direct slaughter – which also saw a decrease of 748 head.

When compared to the same period as last year, the deadweight lamb price was 441.3p/kg, the LMC noted.

Good numbers of lambs were seen going through the ring at marts in NI during the week ending November 18.

Lamb prices generally ranged from 500p/kg up to 610p/kg with prices in Rathfriland reaching a tops of 662p/kg.

The trade for cull ewes remains strong in the north with prices for the week ending November 18, ranged from £120/head up to £247/head.