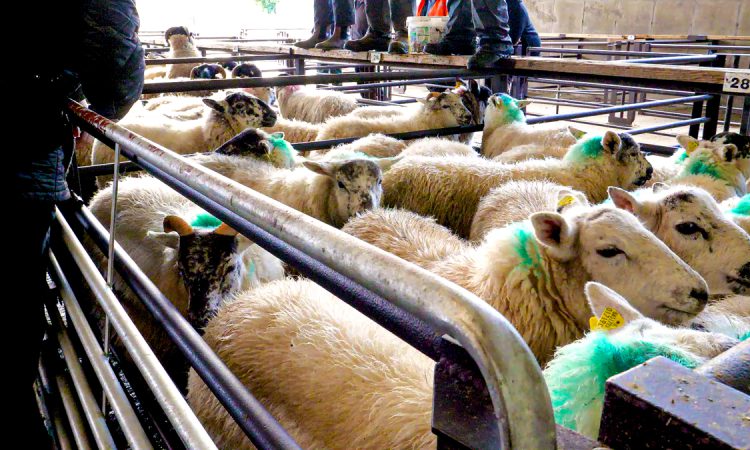 The sheep trade in Northern Ireland (NI) this week was reported to be firm, with lamb prices holding relative to the previous week. A similar story could be seen in Great Britain with deadweight lamb prices holding. Unlike what was seen in the Republic of Ireland, prices for lambs in NI failed to see an increase – holding around the 565-570p/kg mark up to a carcass weight of 22kg, according to the Livestock and Meat Commission (LMC). Quotes for the start of next week are expected to remain the same at 565-570p/kg.

Advertisement
This figure is up slightly from the same week as last year, when 8,992 head were processed. Exports of lambs to the south tallied 6,074 head, which was a substantial decrease of 1,842 head from the previous week. The deadweight lamb price in NI last week (week ending November 27) was 553.4p/kg – down 11.8p/kg from the previous week, the LMC added.

Looking at the mart trade, the LMC reported that many marts recorded a decline in numbers presented for sale at marts. The general run of prices for lambs from last Saturday (November 27) up to Thursday (December 2) generally ranged from 500p/kg up to €585/kg – with some marts reporting prices starting from 465p/kg and reaching as high as 605p/kg. The average price for lambs last week at marts was 520.7p/kg. Prices for cull ewes ranged from £140/head up to £190/head, the LMC added.
Download Our Free App
Northern sheep trade
Loading Next Story