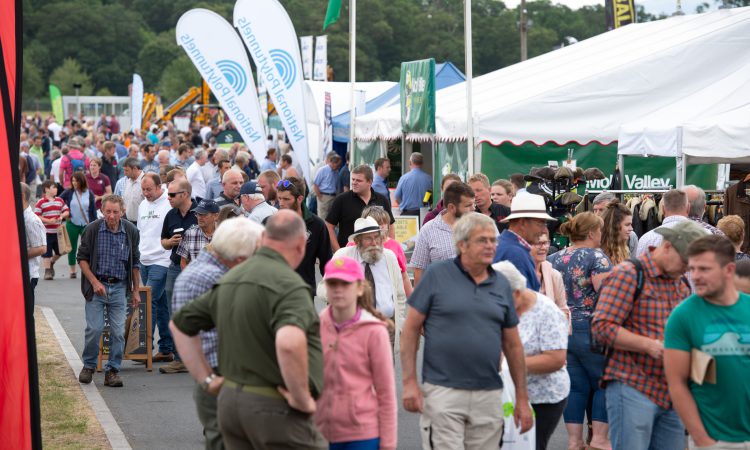 The National Sheep Association (NSA) has announced plans to proceed with a revised summer schedule, after two of its flagship events were cancelled due to the Covid-19 lockdown.

After taking time to review current Government recommendations, the NSA said it was “pleased” to be able to announce new plans to proceed with its popular summer events, albeit a little later in the year than previously scheduled.

Many popular summer agricultural events – including the Royal Highland Show, Balmoral Show, the Great Yorkshire Show, and the Royal Welsh Show – have already been cancelled or postponed.

NSA Sheep Event, the flagship event of the organisation will now take place on Monday, October 19, 2020, once again at the Three Counties Showground, Malvern, Worcestershire.

NSA Sheep Event 2020 organiser, Helen Roberts said: “The NSA prides itself on being a member-led organisation and delivering our iconic event is incredibly important to us.

“However, with the Government advising against attending mass gatherings and further action relating to social distancing and self-isolation and unnecessary travel, NSA felt there was no other option at this time than to postpone our main event until October and we are very grateful to have this date made available to us.

“This will be a difficult year for the nation as a whole. The NSA and many other associations and businesses will all be affected by the financial outcome of this scenario but we do hope both our members as well as all sheep farmers and the wider sheep industry will support as we now recommence plans for what we are confident will again be a fantastic event.”

Also taking place this year is NSA Scotsheep, the main event of the industry in Scotland. Differing slightly from the NSA Sheep Event in Worcestershire, NSA Scotsheep is set to take place on-farm, kindly hosted in 2020 by Robert and Hazel McNee at their home at Over Finlarg, Tealing, Angus.

The event had been planned for early June but has now tentatively been moved to Wednesday, July 8 – a date that the NSA Scottish Region executive committee is aware is rather hopeful in the current climate but one they still hope can be achievable.

NSA Scotsheep organiser Euan Emslie said: “We have very tentatively set a new date which most importantly suits the hosts who need to fit this event around their farming operation.

“NSA Scottish Region understands that this date is optimistic and that it may need to be reviewed again in light of the future situation with COVID-19, but in the hope that we can continue, we have lodged our application for the necessary licenses and will keep the situation under close review.”

Should NSA Scottish Region not be granted a license for the July date, then NSA Scotsheep 2020 will regrettably have to be rescheduled until next year with a new date at the beginning of June.

NSA Scotsheep 2020 chairman Willy Millar added: “We are really disappointed to have to postpone this event although current circumstances give us no choice.

The committee also realises that choosing a date in early July brings risks so we are looking at alternative dates for the first couple of weeks in June next year, should the restrictions on social distancing and gatherings of people not be lifted in the next few months.

“Our firm belief is that NSA Scotsheep is a crucial event for the farming community and sheep industry in Scotland and further afield.

“There is no doubt that people will be keen to get back to a more normal way of life as soon as possible while following government advice on the situation.”

Plans for both NSA events are well underway with organisers promising “many new and existing attractions”.

Further updates on the future of both events will follow as needed. 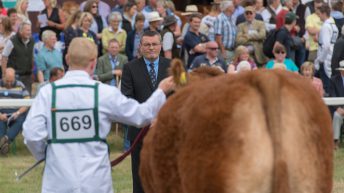