NSA warns Sustainable Farming Incentive is ‘not a finished scheme’

The National Sheep Association (NSA) has welcomed the first indication of how England’s new Environmental Land Management Scheme (ELMS) will be put into practice.

Details of the new programme – the Sustainable Farming Incentive (SFI) scheme – were released today (March 10). Expressions of interest for involvement in the scheme are invited from Monday, March 15.

NSA chief executive Phil Stocker said: “Change is always unsettling, particularly when it relates to relied upon money coming into farm businesses, but we’ve known for some years now that the Basic Payment Scheme (BPS) would start to be replaced with a model of ‘payment for public goods’ and after a couple of years of focussed development on ELMS it feels good to finally get going.

There are two things farmers need to bear in mind – firstly we have a funding transition that will continue over the next six or seven years, and secondly, today’s launch is not the launch of a finished scheme but a pilot of the SFI – effectively level one of ELMS – that aims to work with a large number of farmers across England to test and adapt as necessary before wider roll out over the next few years.

“NSA has been working with Defra, alongside many other farming, forestry, and environmental organisations to get to this point and will continue to work intensely on this in the coming months and years.”

Cutting across these standards are three levels of introductory, intermediate, and advanced scheme that aim to provide something for everyone while encouraging good environmental practices.

Advertisement
Phase one of the incentive scheme is being launched now (expressions of interest over the next month, with applications invited in June), with phase two expected to be launched at the end of 2021, including standards for additional heritage features such as dry-stone walls and unenclosed grassland.

Defra is looking for a representative sample of several hundred farmers that are current BPS recipients to become part of the SFI trial.

The farmers can be part of existing agri-environment schemes but cannot use the same parcels of land for inclusion in the SFI.

In line with being a ‘learning pilot’, farmers will be required to do 15 hours of learning activity each month with learning aimed to inform future scheme development.

Those wishing to take part will need to complete a short, simple online form to submit expressions of interest in taking part in the pilot.

Successful candidates will then be invited to complete their application and, if eligible, they will enter into an agreement starting from October 2021.

Stocker added: “NSA has consistently made the case that farm support schemes have to recognise and reward what is already there rather than just pay for improvements, and it is well known that many sheep farms are already doing a good job in balancing productivity with good landscape and environmental management.

My hope is that the SFI will both reward existing good practice and encourage further gains so that the sheep sector can play its part in achieving net-zero, the protection of our soils, water and air, and nature recovery.

“For sheep farming, good environmental practices usually link closely with good animal health and welfare and we are working hard to make sure that the future Pathway programme and other Defra schemes link well together also.” 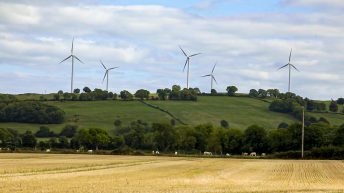