Around 1,000 farmers turn out to Greenmount College’s Dairy Open Days. The figure represents around a third of the region’s dairy farms with just under 2,700 dairy businesses registered in the region in 2016.

Around 420 visitors attended the first day of tours with a further 600 estimated to have attended the second day. It’s understood to be almost double the number CAFRE expected to attend. Several farmers from the Republic of Ireland also attended the event.

The two-hour tour included six stops showing all aspects of the farm’s performance and showed off the performance of Greenmount’s ‘Future Herd’.

It demonstrated how efficient heifer rearing, nutrient management, dry cow care and technology can all build the farm business of the future.

For many attendees it will be their first time at Greenmount’s new dairy centre. The College of Agriculture Food and Rural Enterprise invested heavily in the centre just over four years ago.

The Dairy Development Centre is part of a 170ha mixed lowland farm with 155 dairy cows and replacements. It also has around 200 ewes and 30ha of arable crops and potatoes.

Currently this herd is one of the top perfoming in Northern Ireland in terms of several key performance indicators – including above Northern Irish average yield per cow and profit per cow in the top 25%.

The Farm Development Centre grows around 40ha of crops a year – mainly cereals and potatoes.

The arable area on the farm is used by students to practise many of the arable skills required by industry. Those with a keen interest can become actively involved through the CROPS student learning project.

A number of projects are carried out on the farm, including one which showed that heifers calved at 24 months showed no difference in production later in life. 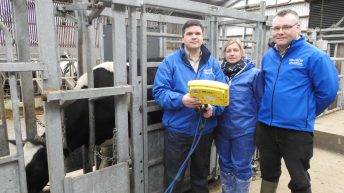 Poor heifer management could be costing your business 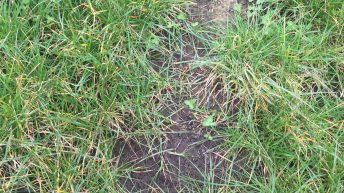