Home » Rural Life » Over 4,600 animals reported to have been dumped last winter

Over 4,600 animals reported to have been dumped last winter

The RSPCA has released its annual figures for abandoned animals over the winter period in 2019.

Dogs were the most abandoned pet with a whopping 2,425 abandonment reports for dogs during the winter months.

Already this November, there have been 985 reports of dumped and unwanted animals to the RSPCA’s cruelty line and the charity says reports of increased pet ownership, coupled with a deepening recession could see more pets left out in the cold this year.

“During the lockdown there have been reports of a rise in people buying or adopting new pets often for the very first time.

Whilst it’s great that so many people have become pet owners and have found their pet to be a real source of comfort during these challenging times, we are concerned that some people may have bought a pet on impulse without considering how their lifestyle might change once the pandemic ends.

“On top of that, we are facing real economic uncertainties, and, as in previous recessions, people may simply find themselves unable to afford their pet.

“The last thing we want to see is animals dumped and left out in the cold so we’d urge anyone who is struggling to care for their pets to please reach out to friends, family and charities for support instead.” 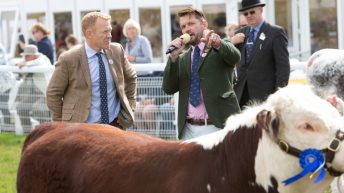