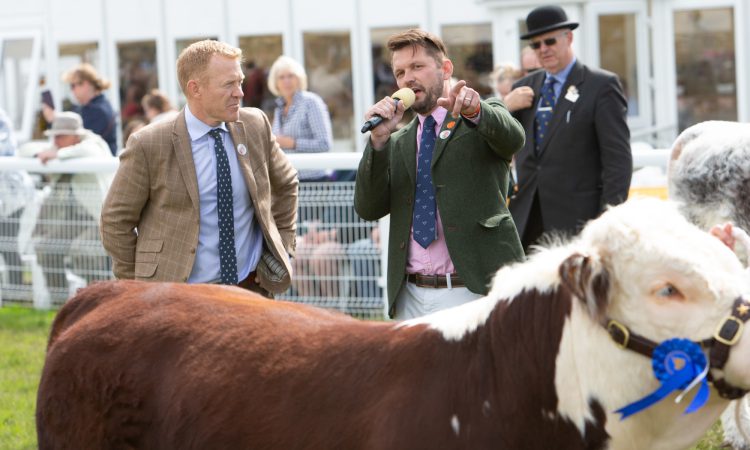 The Three Counties Agricultural Society has announced its plans for agricultural and rural events in 2021.

Three Counties head of shows Diana Walton said the events would take the Society firmly back to its agricultural roots.

“This year has been a difficult one for the whole country and the cancellation of events has had a major impact on all concerned.

For the agricultural sector this impact has been manyfold, with the lack of events resulting in producers not being able to meet and showcase their livestock and produce.

“The loss of social interaction these events offer has undoubtedly raised concerns regarding mental health and wellbeing within the farming sector,” explained Walton.

“The good news is that the new events planned for next year will focus on three primary elements which make up the Royal Three Counties Show – livestock showing, equine competition and smallholding/home produce.”

Walton emphasised that they would be focused, smaller events allowing both exhibitors and visitors to attend the show suited to them, while allowing Three Counties to fulfil its charitable objectives.

“These events will include the usual range of livestock and equine classes traditionally hosted at the Royal Three Counties Show and plans are now rapidly moving forward for both of these events.”

Other events planned for next year include the society’s well known Countrytastic event on April 8 and a new smallholders and home-produce event titled the ‘Goodlife Show’ which will take place on May 22 and May 23.

Countrytastic will once again showcase the best of rural life to the younger generation, including a range of interactive areas.

We are also very excited about our plans for the Goodlife Show in mid-May which will tap into the rapidly increasing interest being shown in home produce and the smallholding lifestyle,” said Walton.

Explaining the rationale behind these events, Walton added that Three Counties is currently working to limited numbers of people who can attend its events in order to comply with the latest government guidelines and these are subject to change – hopefully for the better.

While there is currently much positive news about Covid-19 vaccines, as event organisers we have to put plans in place now for next summer and we cannot be certain of the circumstances we will be operating in at that time.

“As a result, we have to work with the information and limitations currently in place.”

She added that while everyone involved with Three Counties would much rather be planning for its usual Royal Three Counties Show in 2021, there was simply no way to run such an event under current Covid-19 guidelines.

“Everyone here at Three Counties is excited to be planning events for 2021 and the team are determined to make them a success for all involved,” Walton concluded.